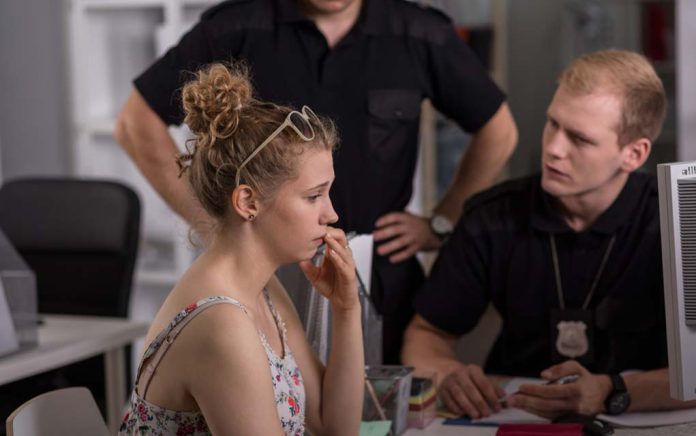 (LibertySons.org) – Many people would look at the title of this article and say, “what difference does it make to me? I didn’t commit any crimes.” However, that really isn’t the point. Anything you say can be misconstrued and that can lead to many headaches up to, and including, being put in jail. To minimize problems, one needs to know what to do when questioned by the police for any reason.

Miranda v. Arizona came before the Supreme Court of the United States (SCOTUS) in 1966. The defendant’s attorneys argued that a two-hour questioning session to get him to confess was illegal because the police never told him what rights he had. The court agreed, and that decision has led to the following lines heard in every movie and TV show about cops:

This right is guaranteed by the Fifth Amendment to the Constitution of the United States, which protects people from becoming a witness against themselves. This is a stressful situation, perhaps more so for someone who’s completely innocent, so not saying anything is the best bet.

A police officer can legally request a person’s name and identifying information, and the ACLU advises to provide that in a calm and polite manner. At this point, one should also make a positive affirmation they don’t wish to talk by stating “I am invoking my right to silence.”

This is also the time to ask for an attorney — before any questioning even starts. Keeping in mind police have to provide a public defender when hiring a private lawyer isn’t possible.

Procedural rules allow the interrogator to be aggressive in their methods and even to lie to try to elicit an incriminating statement. This is why having an advocate right there is so important. They act as an insulator who can fight back and keep their client from saying something unfortunate out of fear or anger.

Most law enforcement officers aren’t out there to railroad people for a crime they didn’t commit, but they’re under pressure from their superiors to get the case closed and that can lead to misunderstandings. The best thing a person can do is to stay as calm as possible and politely, but firmly, insist their rights be observed.