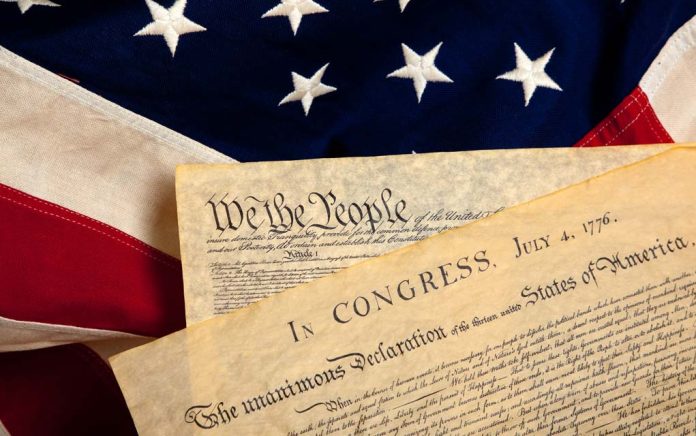 (LibertySons.org) – While the president and US Congress attract a lot of media attention, most of the laws we adhere to come from the level of the state. As a country with a system of federal governance, America allows its states to form their own policies on most matters. That said, many important decisions must come from the White House and Capitol Hill.

If you’re not sure about how this all breaks down, this article should help clear things up.

What the Constitution Says

The Tenth Amendment is the constitutional provision that covers the delegation of powers. It states that any rights which the Constitution does not expressly grant to the federal government (or prohibit to the states) fall to each state, or to the people.

Article VI of the Constitution establishes the “Supremacy Clause.” This provides that, where state laws and federal laws conflict, federal laws will prevail.

The Role of the Federal Government

In practice, the most important tasks the federal government carries out include deciding on military action, foreign policy, and distribution of physical money.

The Role of State Governments

State governments essentially have all the rights the federal government does not. The most important areas in which states must operate include education, property rights, maintenance of transport systems, and distribution of benefits.

While Washington DC soaks up most political news coverage, the Founding Fathers intended America to be run primarily by the states. The values that prevail in your state might be notably different than those of the state next door, and the laws and government in your area should reflect that.