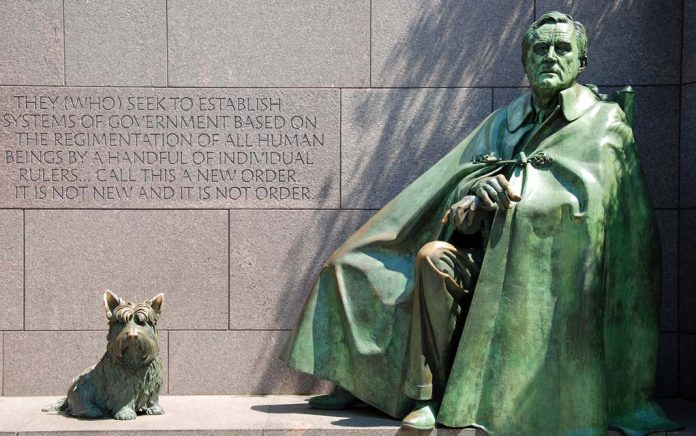 (LibertySons.org) – America’s two and a half centuries of political history have created some fascinating trivia. Each of our 45 presidents has had interesting quirks and characteristics that make them stand out.

Have a look at some of the most interesting facts about American presidents with us today.

The First President to be Born in the US

America went through seven presidents before it had one who was born an American, rather than a subject of the British crown. The eighth was Martin Van Buren (1837-1841), born in Kinderhook, New York in 1782, 6 years after the 13 colonies declared themselves independent.

Born into a Dutch family, Van Buren had to learn English as a second language. To date, he’s the only president who has done this.

Franklin D. Roosevelt, also known as FDR, is one of our most famous presidents. He led America through the Great Depression, the worst economic slowdown in modern history. He also held office for four terms, making him the longest-serving president ever.

Roosevelt contracted polio as a young man and the disease left him partially paralyzed. Because few buildings at the time were wheelchair-accessible, the president decided to design his own wheelchair from a dining chair. His chair was smaller than most of those on the market at the time, making it easier for him to ascend stairs and access elevators.

Our smallest president, in terms of both height and weight, was James Madison. Standing at just 5’4,” Madison weighed around 100lbs. The heaviest president in history (by a considerable margin) was William Howard Taft, who was a reported 340lbs.

Abraham Lincoln was our tallest-ever president, having stood at 6’4.” He also had disproportionately-sized limbs, a fact which has led historians to speculate that he may have had Marfan syndrome.

The shortest term of office in American presidential history was just 32 days. William Henry Harrison, a military veteran, took the office in March 1841, but developed pneumonia and died after just a month of being in the White House.

Harrison is one of eight presidents who died in office. Four of the others (Abraham Lincoln, James A. Garfield, William McKinsey, and John F. Kennedy) were assassinated.

Direct Relatives Who Have Been President

These are just a few of the amazing facts about the figures who have occupied our country’s highest office. If you’re interested in this kind of history, you can find plenty more with a little research.