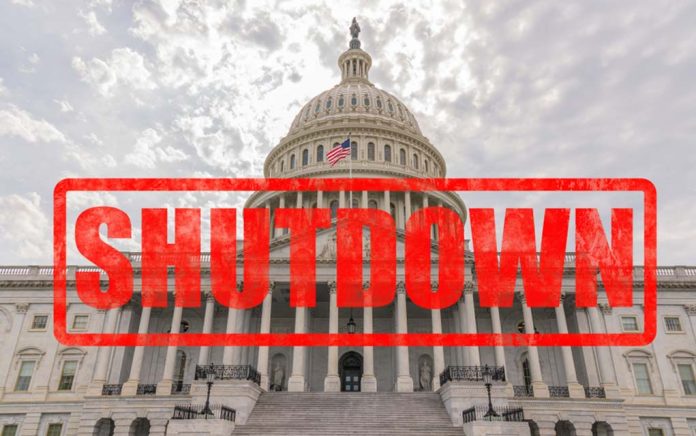 (LibertySons.org) – The way authority is distributed among the three branches of the US government, and the checks and balances that prevent any one branch from accumulating too much power, mean that unlike most Western democracies, we sometimes find ourselves faced with a government shutdown.

Government shutdowns happen when Congress can’t pass legislation to fund the government. This means all non-essential federal government activities close down, apart from those that protect life and property. Many federal employees are furloughed, usually without pay until the shutdown ends – although, so far, they’ve always received backdated wages after Congress finally votes through the funding legislation. But what does it mean for ordinary citizens?

The main thing is that our safety shouldn’t be affected. The US military will operate as normal, and so will air traffic controllers – although their pay isn’t guaranteed. Federal police agencies will carry out essential public safety tasks but many services, including approval of any gun permits issued by the BATF, will be put on hold.

Services people rely on will usually keep running. Social Security and Medicare checks will be sent out – and they’ll get delivered because the Post Office has its own guaranteed funding stream that isn’t affected by shutdowns. Federal courts stay open, although some cases can be delayed by shutdowns elsewhere, and federal prisons are unaffected. Veterans’ Administration hospitals will also stay open.

Federally-funded recreation facilities, including national parks, museums and zoos, close. So will a lot of administration; processing of visa and passport applications will stop, and furloughs at the IRS and Federal Housing Administration can delay mortgage approvals. In fact, almost anything that needs federal approval can be held up. The 2013 Alaska crab-fishing season was delayed because the NOAA officials who approve catch levels were on furlough.

The biggest impact shutdowns have on ordinary Americans is probably the economic damage they cause. Analysts say the 16-day shutdown in 2013 cost the US $24 billion through lost economic activity. Even the cost of paying furloughed employees to do nothing can hit $1 billion a week. Congress isn’t affected, of course – they’ve passed a law to protect their own salaries through a shutdown.