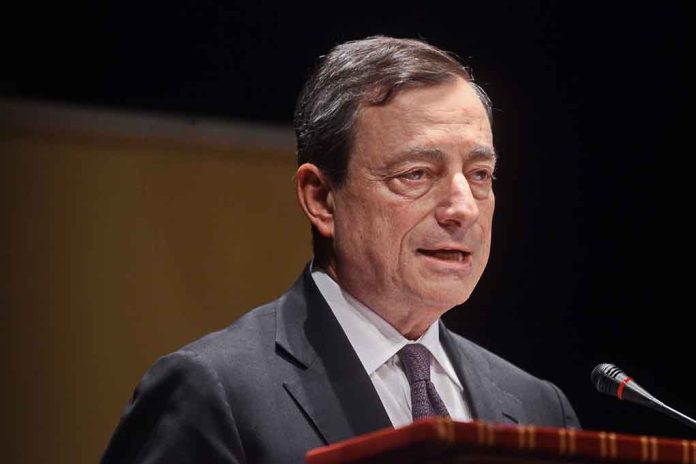 (LibertySons.org) – On April 17, Italy’s Prime Minister Mario Draghi told Corriere della Sera there’s no use in talking with Russian President Vladimir Putin. He claimed trying to engage with the defiant leader would be “just wasting time.” Draghi said it’s smart to try to have a dialogue with Putin, but the Russian leader’s actions in Ukraine show he isn’t ready for peace.

Italian Prime Minister Mario Draghi said on Sunday that the diplomatic efforts by the West to persuade Russian President Vladimir Putin to halt the war in Ukraine had so far achieved nothing. https://t.co/e3EnSu36ML

Draghi noted that he stands behind the attempts of self-appointed EU spokesman, French President Emmanuel Macron, to speak with Putin and come to a resolution. However, he noted that learning about the horrible choices the Russian leader has made during the conflict with Ukraine made it clearer that Putin will say whatever he thinks will make Macron happy, but his actions will be quite different.

The prime minister also declared the operation of the Russians in Bucha as war crimes. But he noted that legally speaking, it will take time to determine which label best fits what happened.

Draghi is currently working to create new deals for gas imports in Italy to reduce reliance on Russian fuel. He feels going after Putin in this way is one of the best options for fighting against his regime and perhaps ending the conflict in Ukraine.