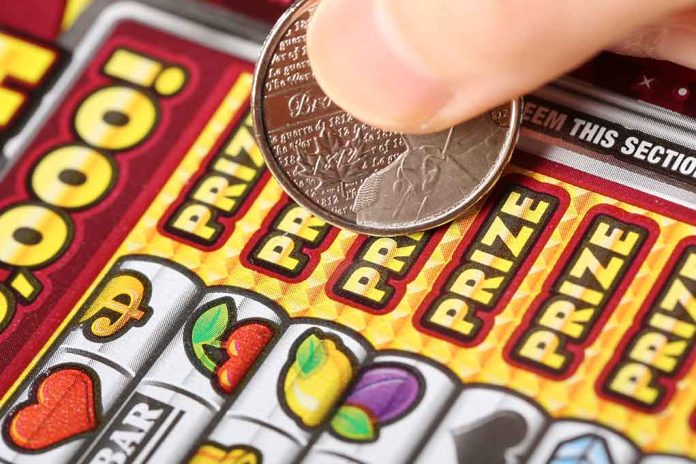 (LibertySons.org) – Winning big with lottery games doesn’t happen to many people. The average person is more likely to suffer a lightning strike than win the lottery. Even more unlikely is accidentally winning. However, that’s what happened to a woman in California who won $10 million after buying the wrong ticket.

After an accidental bump at a supermarket, a woman ended up selecting $30 of the wrong scratcher – but it really turned out to be the right one, because she would end up winning an incredible $10 million. https://t.co/IHP4LwUs7z

LaQuedra Edwards was using a lottery vending machine to purchase a ticket when someone bumped into her. The jarring made her push the wrong button. She was initially pretty mad because the man who ran into her didn’t apologize or say anything. He just walked off.

Edwards’s wrong choice was for a $30 200X Scratchers ticket, which was much more expensive than she would usually buy. Seeing that she spent so much on the lottery, she was even more annoyed, but that annoyance soon turned to joy when she scratched it off to reveal she was a $10 million winner.

Of course, her first response was denial. She didn’t think she was reading the ticket correctly. But it was real, and now Edwards will put her money into a new home and start a nonprofit organization. What would you do if you accidentally won a big jackpot?