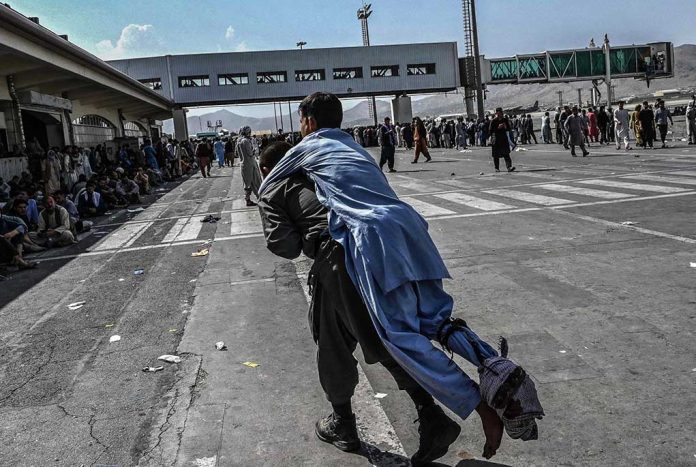 US Blamed For Horrific Collapse – New Report Tells All!

(LibertySons.org) – The horrific withdrawal from Afghanistan had a substantial adverse effect on the country. The Special Inspector General for Afghanistan Reconstruction (SIGAR), a government watchdog, released an interim report on May 18 detailing certain factors leading to the country’s collapse. The document sheds some light on why the situation unfolded the way it did. It concluded the actions and decisions of Presidents Donald Trump and Joe Biden to remove American troops from the country directly led to the demise of the Afghan National Defense and Security Forces (ANDSF).

The SIGAR report placed blame for the fall of Afghanistan on Trump and Biden while saying Afghanistan President Ashraf Ghani was responsible as well. The group explained Ghani didn’t have a military strategy and failed to trust US security leaders when it was imperative.

The report notes that the United States attempted to train the ANDSF, but the troops preferred to rely on the Americans for protection instead of learning how to do it for themselves. Ghani also had no trust that his forces could protect the nation. He fled before the Taliban had completed its takeover of Afghanistan.

Still, SIGAR put the primary reason for the disastrous situation mostly on the shoulders of the United States. The report stated that a lack of support and other underlying factors over the 20 years the US occupied the country took their toll and contributed to Afghanistan’s downfall. It said the decision to remove troops was the catalyst, noting problems began arising when the former Trump administration signed an agreement with the Taliban in February 2020 and was heightened when Biden followed the policy and announced the US troop withdrawal in April 2021.

Why the Withdrawal Hit So Hard

SIGAR explained the US leaders’ decisions lowered morale among Afghan troops, who were upset over Trump working with the Taliban. The Biden Administration’s end to a maintenance contract for the weapons and supplies it left behind in May 2021 also hit the country hard, leaving Afghanistan with few reserves for fighting off the Taliban. From lacking basic necessities to not having the knowledge or means to use weapons left behind, coupled with Ghani’s constant leadership changes, the Afghan military was weak and slow. The chaotic withdrawal in August 2021 sealed the country’s fate.

SIGAR concluded its report by noting that the Taliban is using abandoned US weapons for training, and some ex-Afghan military members who survived or didn’t manage to flee the nation are working with extremist groups. The mishandling of the entire situation by those who failed to properly manage and prepare Afghan troops apparently led to the current situation in Afghanistan.