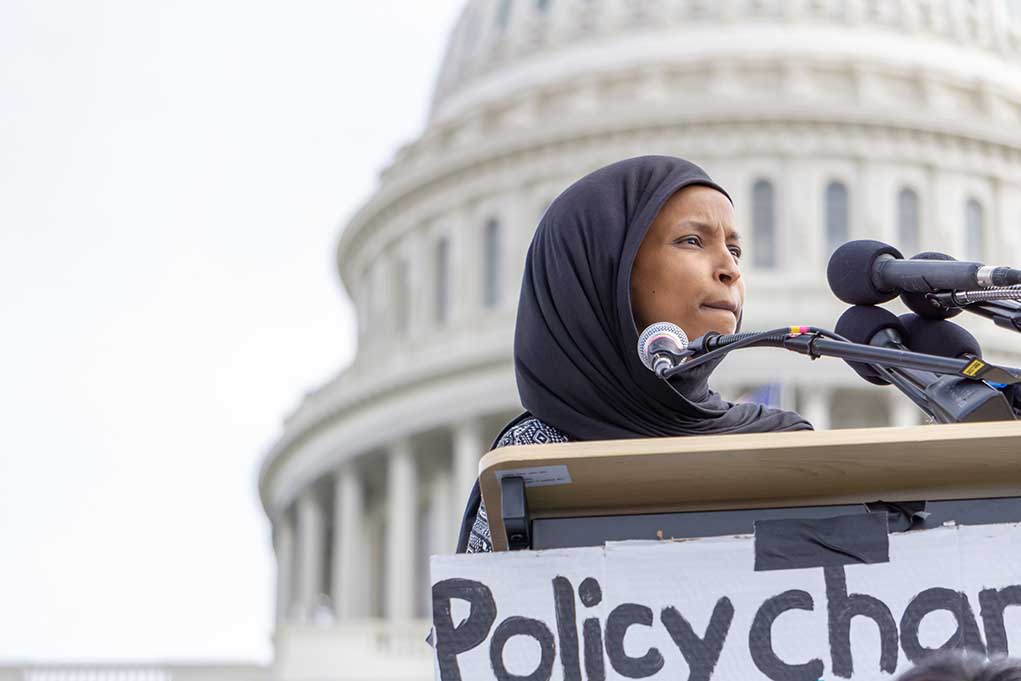 (UnitedVoice.com) – Rep. Ilhan Omar (D-MN) and her family fled the Somalia Civil War when she was just a child. She became an American citizen in 2000 when she was 17 years old. However, a challenger for her seat wants proof and she’s filed a lawsuit to get it.

AJ Kern, who is running in the Democratic Party’s Minnesota primary even though she admits she isn’t a liberal, is now suing Omar. She declared her candidacy for the primary after previously running as a Republican because she claims it gives her legal standing to demand proof of citizenship from the Democratic congresswoman and Don Samuels, who came to America from Jamaica. The Constitution requires members of Congress to be citizens for at least seven years, and although Omar and Samuels both met that bar, Kern isn’t convinced.

Kern claims Secretary of State Steve Simon (D) didn’t check the Democratic candidates’ citizenship before they ran for office. The conservative also accuses the congresswoman of changing her birth year from 1981 to 1982. The suit alleges that when Omar’s family arrived in the US in 1995, they had to wait a year to apply for green cards and five years to apply for citizenship, which would make it “highly unlikely” she received citizenship in 2000.

While it is true that refugees must be present in the US for one year before applying for permanent residency and five years before obtaining citizenship, the US granted Omar’s family asylum in 1995. Asylees can count one year of their time under asylum status toward the five-year requirement. In other words, asylees can start counting down the five-year clock as soon as they enter the US, according to the Code of Federal Regulations at 8 C.F.R. § 209.1(e), meaning it’s possible Omar did obtain citizenship in 2000.

However, Kern will have the opportunity to get a definitive answer about the timeline from the congresswoman and Samuels if the suit moves forward.