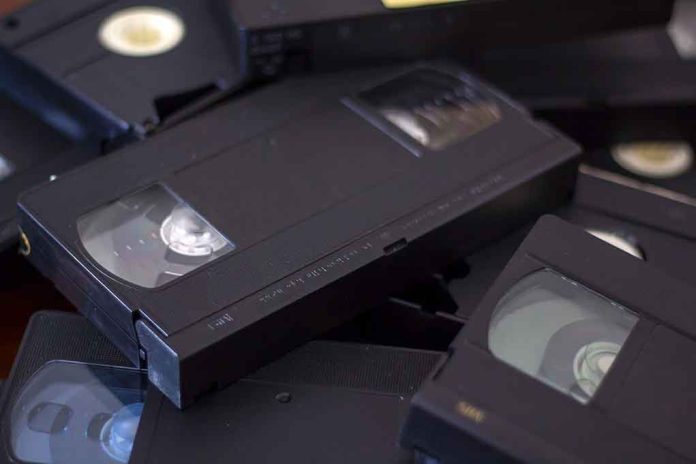 (LibertySons.org) – Speaker of the House Kevin McCarthy (R-CA) recently told reporters that he is considering releasing all of the Capitol’s surveillance footage from January 6, 2021. The Republican declared the public should be able to see what took place the day when former President Donald Trump’s supporters stormed the building to protest the 2020 election results. Fox News host Tucker Carlson recently agreed with McCarthy’s push to release the footage on his show, “Tucker Carlson Tonight.”

The speaker noted to reporters that he feels his predecessor politicized the issue by not allowing the GOP choose committee members to join in the January 6 House investigation. Former House Speaker Nancy Pelosi (D-CA) rejected Representatives Jim Jordan (R-OH) and Jim Banks (R-IN) — McCarthy’s nominations to serve on the Select Committee. Instead, she put two Trump critics in their place: Representatives Adam Kinzinger (R-IL) and Liz Cheney (R-WY).

Speaking on McCarthy’s inclination to release 14,000 hours of footage from the January 6 riot, Carlson asserted that Americans “have a right to know what actually happened” that fateful day. The host noted the public witnessed a litany of arrests after the event, “grandstanding in the media” by the committee, and “unprecedented political crackdowns.” After which he said the public should certainly have a look at the whole picture while posing a question to his audience: What would be the argument against such a measure?

To that end, Carlson mentioned that a handful of federal prosecutors claim releasing the footage could threaten national security. He noted the Capitol’s security cameras record every movement, as is true in most buildings across the western world. The host claimed the real reason they don’t want the tapes released is that the public would see how many law enforcement officers allowed the Trump supporters into the Capitol. Carlson backed his claims by showing footage from that day.