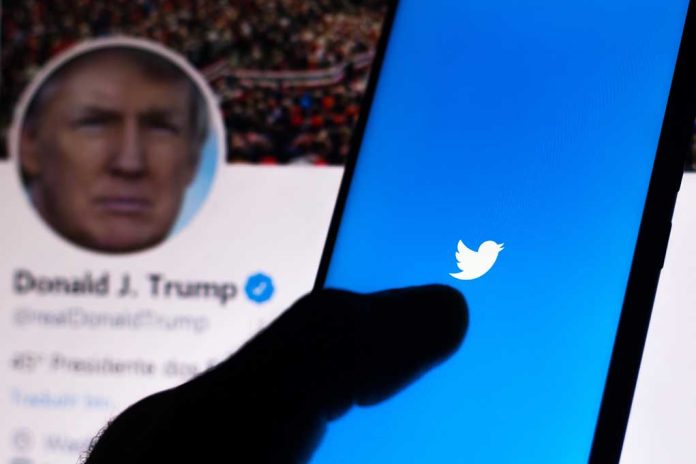 (LibertySons.org) – Fox News reported former President Trump told the publication on April 25 that he would not rejoin Twitter, despite news that Elon Musk is in the process of purchasing the entity. Trump asserted that he would stick with his own platform, TRUTH Social. The former president explained he would begin using the new social media application within the next week.

Donald Trump not returning to Twitter even after Musk’s takeover, will stick to his personal platform TRUTH Social https://t.co/7NByzER70x

Trump plans to use TRUTH Social as his official means of communication with the public. He said he’s happy that Musk is buying Twitter and knows he will do good things with it. However, the ownership change will have no impact on his social media plans.

The former president explained that he feels his platform has an edge because it lacks the bots and fake accounts so readily found on Twitter. He said being bot-free makes the response on his platform better. Plus, he called the tweeting platform “boring” because it banned so many conservatives. He noted TRUTH Social is for him and the people who support him, but he welcomes everyone as the site is all about free speech.

Twitter suspended the former president’s account in January 2021 after the incident at the Capitol, claiming he was inciting the violence with his tweets. Musk has not formally confirmed he would reinstate Trump’s account. If his account goes live again, will Trump really stay away, especially if his supporters want him back on the platform?