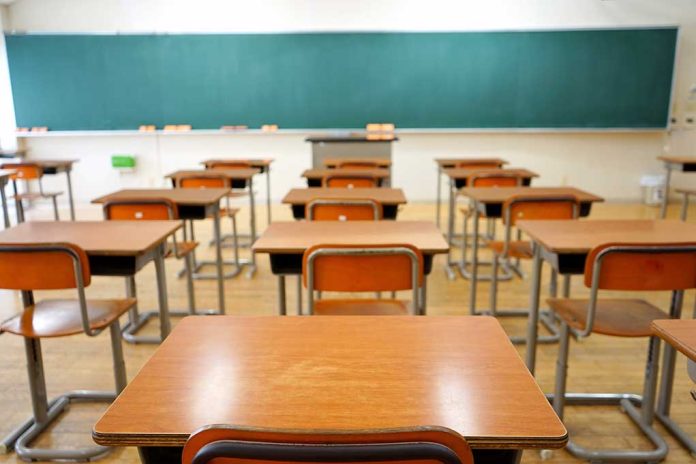 (LibertySons.org) – A report written by Anna Miller and Dr. Scott Yenor exposes influences present in the American school system, pointing out instances of concern across the board in red, blue and purple states. It highlights serious and concerning issues parents may not know exist.

The report published in the Idaho Freedom Foundation and Claremont Institute’s Center for American Way of Life focused on the state-run school system in Idaho. It noted a lack of oversight by lawmakers in keeping far-left ideology out of public schools located in primarily Republican areas.

In Coeur d’Alene, a counselor allegedly convinced a girl that she was transgender. School staff perpetuated the idea by calling the 11-year-old by a boy’s name and never notifying her parents about the situation.

Another issue the authors point out is socioemotional learning, which teaches kids about gender and sexual orientation. The curriculum pushes them to question the status quo and become activists. It also covers abortion and sexual taboos. Meanwhile, state law requires teaching abstinence and fact-based medical topics, but the school system ignores these guidelines.

Racism is also rampant, with critical race theory (CRT) taught in classrooms. A focus on teaching about cultural biases and pushing students to see color are hallmarks of the CRT curriculum.

The report notes that most people in the state have no idea what is happening to their children. They put full trust in officials within the schools and legislature to honor Conservative values. If parents do try to speak out, the education system pushes them aside.

The authors assert that the best way to ensure that parents control their children’s education is by instituting school choice and transferring funding from schools to parents.