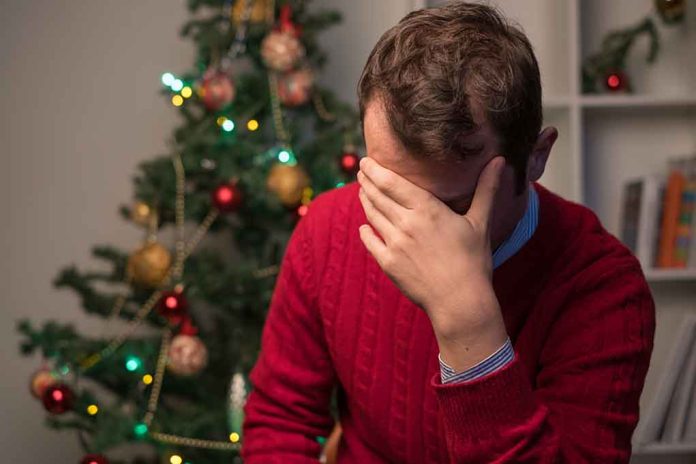 (LibertySons.org) – Comedians often get a pass for offensive humor, mostly because society sees it as a necessary form of self-expression. But what happens when one takes the joke just a little bit too far? A recent Saturday Night Live (SNL) skit has some people wondering if the long-running program crossed a line.

The skit began with instructors telling Joseph to “pimp walk” into the scene. Then, they led the three donkeys through lessons on popping their butts.

That was, unfortunately, not the end. Next came Jesus dressed in a diaper. They wanted him to twerk, but the ladies stuffed his diaper to make his bottom larger before they began. The scene then moved on to Mary, who they told to dance on a stripper pole.

War on Christmas: SNL Has Baby Jesus Learn to Twerk While Father Joseph Becomes a Pimphttps://t.co/iHwk4kN9HN

During the whole wild choreographing process, Jesus spoke up and suggested dropping the hip-hop angle many times. But, unfortunately, the fictional instructors were quick to dismiss him as if he was boring or uptight for even complaining about it in the first place.

Columnist Todd Starnes felt the skit was in bad taste, calling it “revolting” and “sacrilegious.” While he says SNL’s cast probably thought it was ingenious to ridicule Christianity; their attempts to poke humor at such an important religious figure ultimately fell flat.

Are a twerking Jesus and the Virgin Mary on a stripper pole going too far? Where is the line when it comes to mocking religion? Some question whether SNL would take the same approach when providing humorous commentary on Islam or Buddhism.