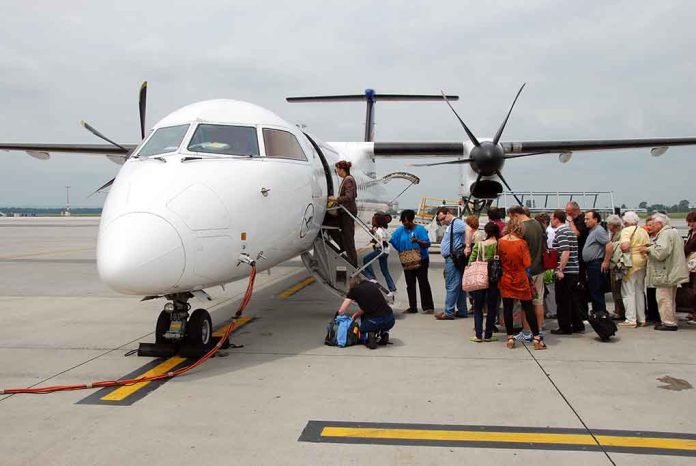 (LibertySons.org) – When Russian President Vladimir Putin decided to enter a conflict with Ukraine in late February, countries worldwide reacted by placing sanctions on the nation. After each action Putin took, more sanctions came. Now, Russia is in a precarious position with a crumbling economy, and its tech industry is fleeing in rapid succession to more welcoming areas.

According to Interfax, the Russian Association for Electronic Communications (RAEC) said that by March 22, the country lost up to 70,000 tech workers, and it expected up to 100,000 more to leave. Those who left sought shelter in countries in the Middle East and Europe because they felt they had no choice.

Many worked for global companies or were trying to build their own businesses. They saw no way to make careers in Russia moving forward, but it was easy for them to leave because they could work from anywhere with Internet connections.

Fleeing was the only option for some, as their companies got them out. There were concerns over securing funding, and the sanctions were cutting these companies off from the world, leaving them with little choice. The sanctions also led to some companies being unable to pay employees, and workers lost access to tools or other items they needed to do their jobs.

While many people are exiting Russia due to its actions in Ukraine and the debilitating sanctions, the loss of this specific group will likely have severe and long-lasting effects on the nation. Its technology sector may never recover, which is devastating to the country’s already injured economy.

The New York Times reported venture capitalist Konstantin Siniushin, who helped many of the workers flee, said the tech industry in the country had been on the rise for 10 or 15 years, but now everyone is looking for a way out. Technology doesn’t make up a massive portion of the Russian economy, but it is crucial for the country’s future.

The outlet spoke with the head of the economics department at Pennsylvania State University, Barry Ickes, who said the largest concern is the long-term effects of this mass exodus. He said when the country tries to diversify its economy, it won’t have the tech industry to lean on anymore.

Interfax reported that in response to the crumbling industry, the Russian Ministry of Digital Development introduced a package that will exempt all tech companies from inspections and income tax for three years, with enhanced tax benefits for some workers. Employees also get deferments from having to serve in the military and gain access to mortgage funding deals. Companies will also have special loan rates of 3% or less.

The move by the Kremlin to smooth things over with this vital industry is likely too little, too late. Workers are already finding new homes in countries that value their contributions and don’t subject them to controversial conflicts.