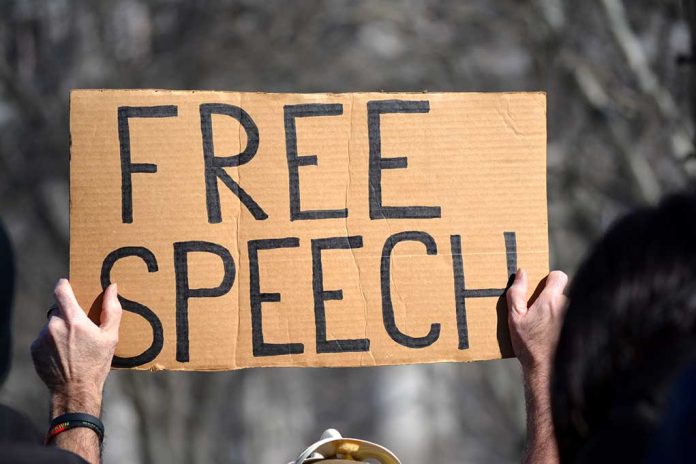 (LibertySons.org) – It isn’t unusual for a teen to say something without thinking through the consequences. It’s been happening since the dawn of time. Nowadays, teens use the internet to post grievances in a public forum.

On May 7, a Connecticut teen used social media to post a classmate’s picture with some racial slurs and language as a caption. He then found himself under arrest.

Law enforcement arrested the student under a 1917 law for “ridicule of account of creed, religion, color, denomination, nationality or race.” There have been 40 other arrests under this law since 2012, and its use in this instance raises valid concerns over free speech.

The misdemeanor arrest in Connecticut was based on a 1917 law that has been called an infringement on free speech. https://t.co/vvYl8wsQOL

Law professors and representatives for the American Civil Liberties Union agree it infringes First Amendment rights. Admittedly, there is a fine line between free speech and hate speech. But speech usually isn’t considered unlawful until it incites violence or reaches the level it constitutes harassment.

The post was offensive, but even the student it was against said it came out of nowhere, so it certainly wasn’t harassment. There was no physical violence. It was an online speech.

It is alarming that law enforcement stepped into the situation in such an aggressive manner. If such an archaic and oppressive law can remain in Connecticut, they could pop up anywhere. And that puts the First Amendment rights of all citizens at risk.