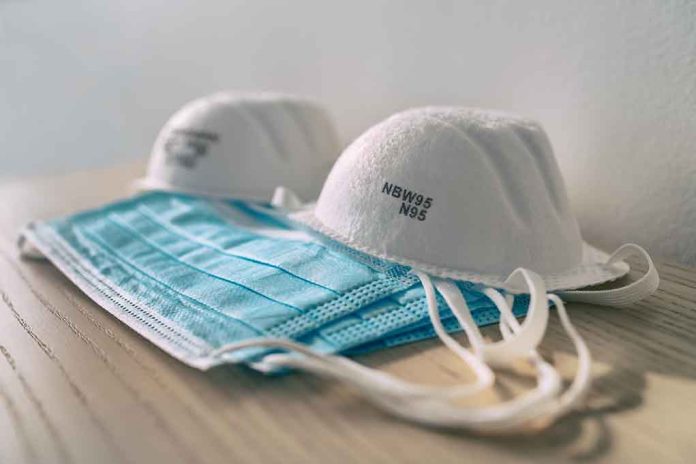 (LibertySons.org) – A video making its rounds on social media shows actress Patti LuPone yelling at an audience member attending a performance of “Company” on May 10. The maskless actress berated the patron for not wearing a mask properly. The video shows her telling the person to get out if she didn’t cover her nose and mouth.

Idk what Patti Lupone is trippen about.. she’s not wearing a mask 😷 & the person next to her .. so confused 😕 pic.twitter.com/y7QBwhtZCs

LuPone and the attendee went back and forth, with the actress standing firm. When the patron retorted that she pays LuPone’s salary, the Tony winner got defensive, asking her: “Who do you think you are?”

Broadway icon Patti LuPone told the maskless woman, “If you don’t want to follow the rule, get the f–k out!” Now, she is doubling down on her message, with the support of Broadway. https://t.co/n1vo4NuybQ

The day after the fiasco, the “Company” posted a gif of LuPone saying “wear a mask” on Twitter.

Despite the actress’ passionate feelings about facial coverings, it is important to note she wasn’t wearing one at all when she had her outburst. Yet, she somehow thought it was okay to criticize a fan for the same thing.

The hypocrisy seems strong with the Left as the governor of California, Gavin Newsom, had his own related scandal in February. After imposing a mask mandate in the state, he attended the NFC Championship Game unapologetically bare-faced.