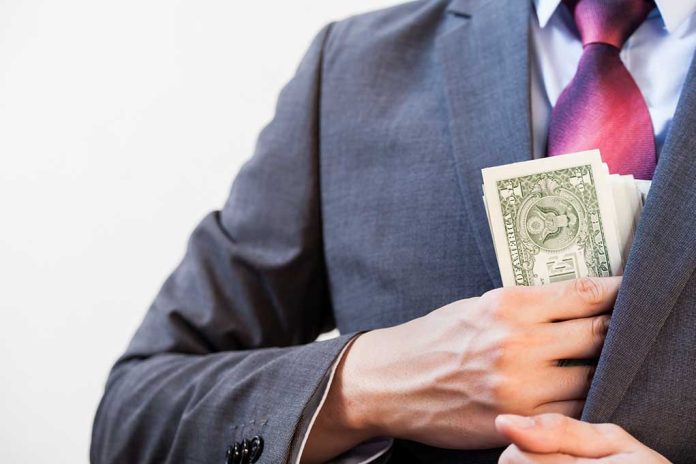 (LibertySons.org) – Speaker of the House Nancy Pelosi’s (D-CA) husband, Paul Pelosi, is raising eyebrows with some recent financial decisions. He made decisions regarding some options he was holding just ahead of the introduction of a bill that would change the way Congress members and family could dabble in the market.

A call option allows the holder to buy shares at a certain price during a set time. Mr. Pelosi exercised his options for Alphabet stock on September 16. He also sold his options for Micron Technology and NVIDIA Corporation, while letting his call options lapse on Disney stock. The moves weren’t all the most advantageous financially, as he lost about $1 million on the Micron and NVIDIA deal and $132,824 on the expired Disney options. He did earn about $2 million for the Alphabet stock, however.

The stock market only succeeds when all players are on even ground. Anyone with an edge or upper hand could make it unfair to others. For this reason, members of Congress have come under scrutiny for their ability to influence or have the foreknowledge to use for their own investments. This concern prompted the House Speaker to introduce the Combatting Financial Conflicts of Interest in Government Act, sponsored by Representative Zoe Lofgren (D-CA) on September 28 — shortly after the Pelosi transactions.

The measure would stop members of Congress, their spouses, dependent children, and a number of other high-ranking government leaders from trading individual stocks and other investments to reduce the unfair advantage they could hold. The measure did not make it to the voting stage.