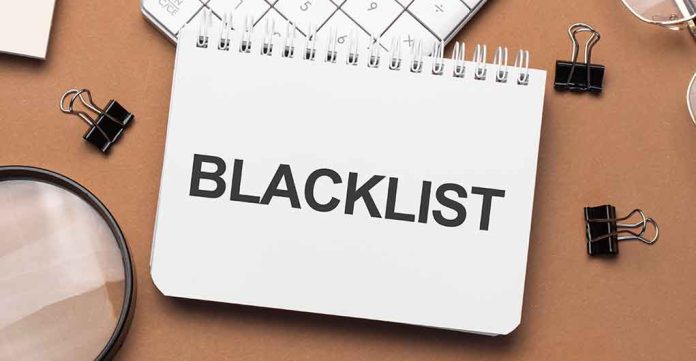 This Scientist Has Been Blacklisted From Payment Platforms

(LibertySons.org) – Censoring others because of their beliefs has apparently become acceptable in the US in recent years, with a growing number of Conservatives finding themselves dropped from various platforms for expressing their thoughts. PayPal and Etsy have joined in the oppression by blocking evolutionary biologist Colin Wright due to his criticism of transgender ideas.

Wright is a contributing editor to Quillette and also writes for Substack. He’s published numerous articles in which he speaks against transgender ideology. In one of his recent pieces, he criticized authorities for allowing a biological male to compete in women’s swimming events.

🚨 @PayPal has notified me that "after a review, we have decided to permanently limit your account."

I used PayPal to receive both 1-time and recurring donations from my supporters. When I asked why, they said I needed an attorney to submit a subpoena to find out. @AskPayPal pic.twitter.com/ltHVVbJtIf

PayPal refused to explain why it made the decision, suggesting Wright get a subpoena to extract an explanation.

The biologist tweeted about his Etsy ban on the same day, sharing the email the company sent him. The accusation was that he “supports or glorifies hatred or violence towards protected groups.” Wright said his products don’t do that at all.

The science-based writer and editor uses PayPal and Etsy to receive donations and support for his work. The companies’ actions leave him only with Substack as an option to reach his supporters. Wright called the situation “ridiculous” and “scary.”