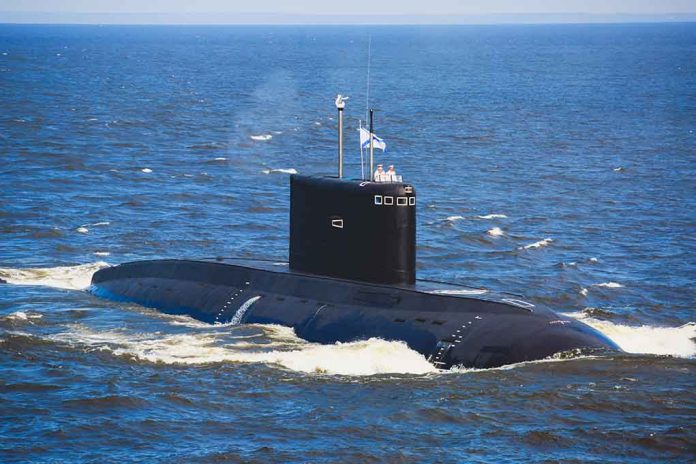 (LibertySons.org) – NATO sounded the alarm to warn allied countries the Russian Belgorod submarine had disappeared from the White Sea, according to a report in La Repubblica. The vessel had been in the Arctic since July, but concerns are the Kremlin moved it because of the nuclear-capable weapons system on board.

Belgorod is part of Russian President Vladimir Putin’s program to develop a line of extraordinary artillery. The submarine’s drone, called Poseidon, is also known as “the weapon of the Apocalypse.” It carries an atomic bomb the Kremlin claims could create a tsunami with waves as high as 1,600 feet. With the sub now untraceable, there is some worry Russia could be gearing up to run nuclear tests.

Conservative host Glenn Beck noted on his October 4 podcast the current situation is looking quite similar to what happened just before World War II. During that period, the host says, Axis submarines sank US vessels trying to get to Europe.

The Ukraine-Russia conflict is the backdrop for what’s happening now. The disappearance of a Russian underwater submarine with incredible destructive capabilities seems related to Washington, DC, increasing military security presence in the Atlantic. It also clarifies why the USS Gerald R Ford aircraft carrier, which had years of delays keeping it out of commission, is suddenly ready to go into service — combat-ready.