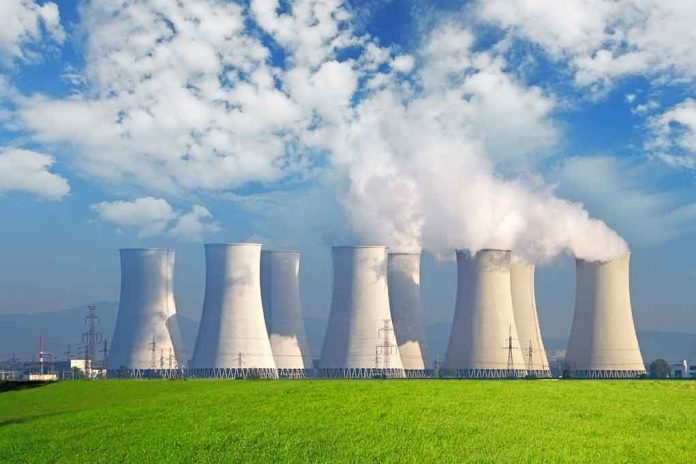 (LibertySons.org) – Ukraine’s First Deputy Minister of Foreign Affairs, Emine Dzheppar, warned Russia previously targeted the Institute of Physics and Technology in Kharkiv. The Institute houses a nuclear reactor core students use in research. The more recent attack was against a nuclear research facility in the same city. Dzheppar explained the attacks could lead to an “environmental disaster.”

Russian forces are firing at a nuclear research facility in the city of Kharkiv. "It is currently impossible to estimate the extent of damage," the Ukrainian parliament said.#kharkhiv | #UkraineRussianWar | #Russian https://t.co/rvH5GiT98c

Ukraine’s State Nuclear Regulatory Inspectorate said radiation leaks and contamination are possible in surrounding areas. Authorities note that they can’t yet assess the damage and potential risks because of ongoing attacks. Kharkiv Mayor Igor Terekhov reported hundreds of buildings have been damaged and there is constant bombing in the city.

Officials noted that prior to the bombings, the reactor core was loaded with nuclear fuel as part of the start-up process, making it especially dangerous. There have been reports of fires at the location and damage to critical buildings, but authorities said the reactor core is in a protected state.

The World Nuclear Association reports Ukraine depends heavily on nuclear power for energy. It has 15 reactors, which are all at risk during the conflict with Russia. Thus far, the Russians have shown no hesitation to attack areas with known nuclear reactors or cells. The risk for Ukraine and surrounding areas looms large due to the high potential for radiation contamination if the attacks continue.