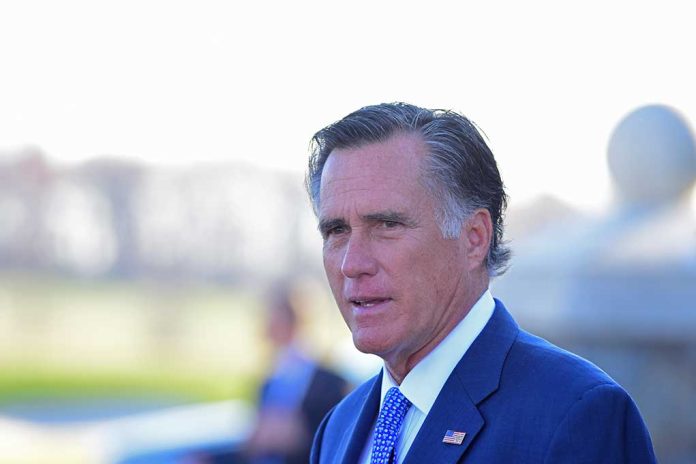 (LibertySons.org) – Russia’s actions in Ukraine have the whole world stopping to take notice. Some people are looking for a solution, while others are searching for directions to place blame. One of the least popular Republican senators in Congress, Senator Mitt Romney (R-UT), believes he knows exactly what the issue is.

In a statement on February 23, Romney pointed to US leaders past and present for causing the current issues with Russia. He called out Barack Obama for ignoring his warnings about Russia during the 2012 presidential campaign and for not reacting properly to the situation in Crimea.

Romney also went after George W Bush, saying the past president failed in his response to what happened in Georgia in 2008. The senator jabbed Biden’s plan to reset the US/Russian relationship. Then, he went after Donald Trump’s America’s First agenda, calling it shortsighted.

While Romney may not have any love lost with the 45th president, the senator failed to acknowledge that Trump was the only president he referenced who had no problems with the Kremlin. Russia stayed in its lane and didn’t cause any issues during the four years Trump was in office. Romney’s use of the destruction in Ukraine to earn political points was a savvy political move for the senator with clear presidential aspirations, though some considered it distasteful.

The senator called for action he feels is necessary. He wants President Biden to impose the harshest sanction possible. Romney also urged for “the expansion and modernization” of US defense, again seeming to forget Donald Trump’s enormous contribution to this exact issue. It seems like Romney’s real problem lies with putting Trump putting America first.

Do you think an America First policy is the cause for Russian aggression? Or do you think Romney is just looking for some publicity? Send us an email and let us know what you think.