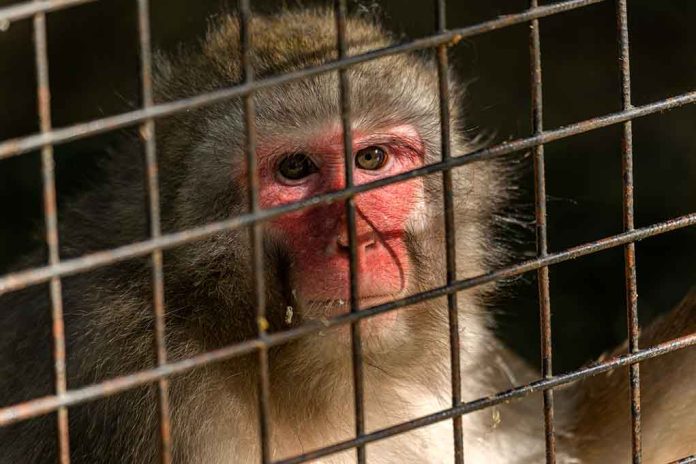 (LibertySons.org) – On April 20, the White Coat Waste Project revealed in a report that the federal government is wasting money testing THC and nicotine on animals. The group estimated officials at the National Institutes of Health (NIH) spent around $246 million on these research studies. The report highlighted 10 different projects using funding for these types of tests.

In an interview with The Daily Wire, White Coat Waste Project spokesperson Devin Murphy said the NIH is sending taxpayer money “up in smoke.” She further explained they are doing it illegally because they aren’t correctly disclosing how much money they’ve used on these useless experiments.

The report noted one experiment that used around $169 million. It happened in 2012 at the Oregon Health and Science University. Researchers were testing the effects of THC on reproductive health by feeding monkeys edibles containing cannabis.

The report goes on to detail other experiments. One at Indiana University cost $1.5 million, and another occurred at the University of California, San Diego. That experiment cost $24 million. Both testing incidents involved mice and lobsters, respectively. The California experiment was to see how much marijuana it would take to kill a lobster.

The Daily Wire’s request for comment from the NIH went unanswered. Representative Glenn Grothman (R-WI) told the publication he felt they represent wasteful spending by the federal government.