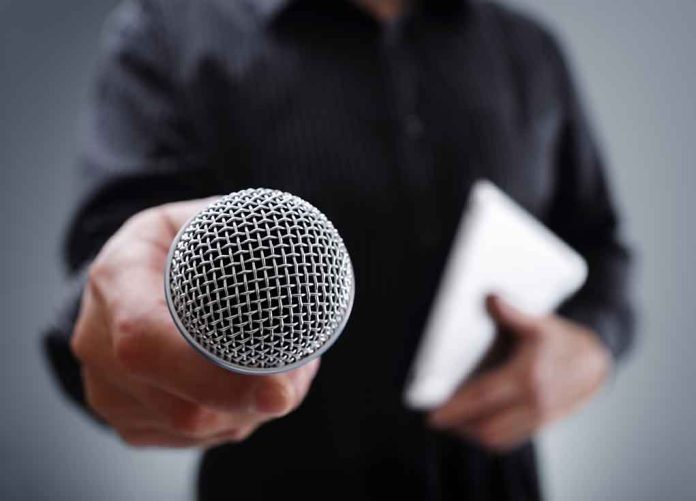 (LibertySons.org) – On January 13, Iran’s Supreme Leader published an animated video on his official website showing an assassination attempt on former President Donald Trump. When questioned about the response, White House officials appeared to have little concern for his safety and no real action plan to address the looming threat.

During the press briefing on January 13, CBS News reporter Weijia Jiang asked White House Press Secretary Jen Psaki about how intelligence agencies intend to respond to the questionable Iranian video and how the administration plans to protect the former president. Psaki called the cartoon “offensive rhetoric” but refused to “speak to the work of our intelligence community” and said this isn’t something new from that country.

The reporter quickly doubled down, asking whether Pskai saw the video. She answered that she didn’t have any further details and quickly moved on to the next question.

CBS News’s White House Correspondent Weija Jiang later posted a statement from an unnamed senior administration official who commented on the subject. The individual in question called the video “unacceptable” and promised the government would take steps to protect all US citizens — including the former administration — from violent acts.

However, the official was careful to remind the public that the administration typically refrains from openly discussing such matters. Psaki essentially used this excuse to dismiss the question entirely during the press briefing.

In a statement to Newsweek, Secret Service spokesperson Justine Whelan said the agency takes all threats seriously. However, she refused to speak to the specifics of this situation.

On January 13, the Supreme Leader of Iran, Ayatollah Khamenei, released an animated video depicting the assassination of former President Donald Trump. It appears to be a threat in retaliation for the death of late Iranian general Qasem Soleimani.

The short clip, titled “Revenge is Inevitable,” featured a story of a drone setting up to attack Trump as he played golf near his home in Palm Beach, Florida. A message plays over the screen; it states that “Soleimani’s murderer and the one who gave the order will pay the price.” The video then fades to a black screen with the words “Revenge is Definite.”

The Times of Israel explained the video was an entry in a contest marking the anniversary of Soleimani’s death, noting that such violence isn’t surprising. Iranian President Ebrahim Raisi called for the prosecution and assassination of Donald Trump in an early January speech.

Hopefully, US intelligence agencies take this very real threat seriously. Iran does seem to be ramping up its bid to seek revenge for General Soleimani’s death. It has thus far already issued a warrant for Donald Trump’s arrest on murder charges, which carry a death sentence.