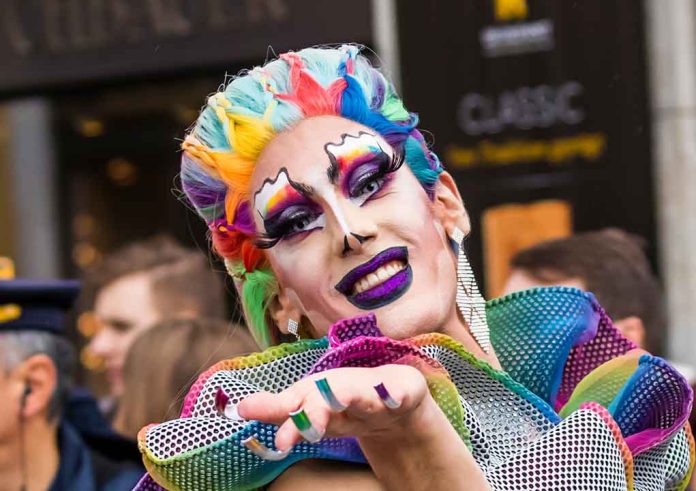 Drag Shows in Font of Children Seem to Be Rising

(LibertySons.org) – Drag shows for children are becoming a disturbing trend across the country. Self-proclaimed queens, or men dressed up like women, conducting reading events at libraries have been controversial enough, but a production in Texas is causing outrage. A drag show exposing kids to highly sexual content had BlazeTV’s host Sara Gonzales seeing red.

Video of drag show in front of kids ignites outrage: This is clear child abuse

"part of a growing disturbing trend she called "sexual abuse of children" She warned the radicalized left is trying to normalize including children at these types of events"https://t.co/y7HXR1V9oG

“The News and Why It Matters” host went on Fox’s “Tucker Carlson Tonight” to explain her thoughts on the event that she attended. The show was open to everyone, including children, and Gonzales shared it featured sexually suggestive material. She took footage at the event, showing songs using perverse language and crude dance moves as kids watched.

The host agreed with others who claim such events are an attempt to normalize introducing kids to sexual situations. She explained the Left is trying to promote this type of “child abuse.”

Gonzales also noted the Democratic agenda of suppressing anyone who speaks out. She said people who live in these communities fear cancel culture coming after them, but the host urged them to stand up for the children.

The Garden of Eden Drag Brunch tickets included disclaimers about “strong language and suggestive dialogue” but also noted it was up to parental discretion whether to allow minors to attend, citing a guardian’s right to make decisions for their offspring. The event did require adults to accompany all kids.