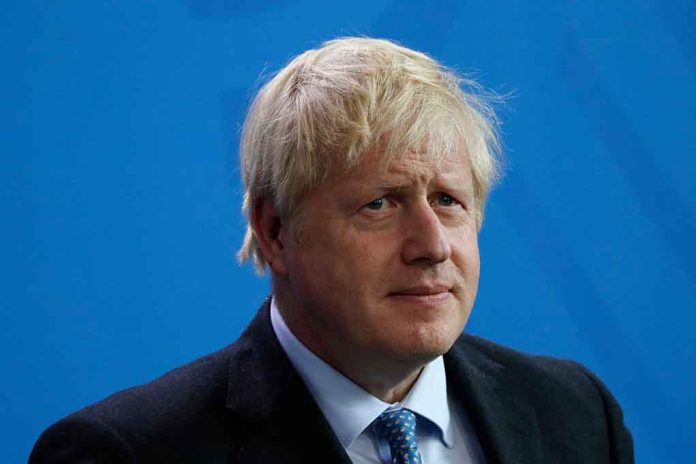 (LibertySons.org) – On July 7, British Prime Minister Boris Johnson announced he would step down from his position upon the appointment of his replacement. The news wasn’t a shock considering the leader nearly succumbed to a no-confidence vote weeks ago. Still, he appeared torn about the decision, calling serving as PM “the best job in the world.”

Johnson took office in 2019 with overwhelming support, but he quickly stumbled through multiple ethical scandals that led to his almost-forced resignation. He faced severe backlash when his partying during COVID-19 lockdowns became public. The prime minister also made a major error when he appointed former government minister Chris Pincher as deputy chief whip. Shockingly, he faced a sexual misconduct scandal. After multiple denials, Johnson admitted he knew about the allegations when he’d made the choice.

Upon the PM’s misstep, many resignations followed. In fact, a total of 59 members left their positions within the 2 days prior to the British leader’s announcement. Still, he committed to staying put and not giving in to the growing pressure within the Conservative party.

Despite his passionate declaration that he would not resign, Johnson is officially on the way out of office. While speaking on July 7, the disgraced leader pointed to members of his party, saying they’d turned on him. He also warned that within the political field, nobody is irreplaceable.