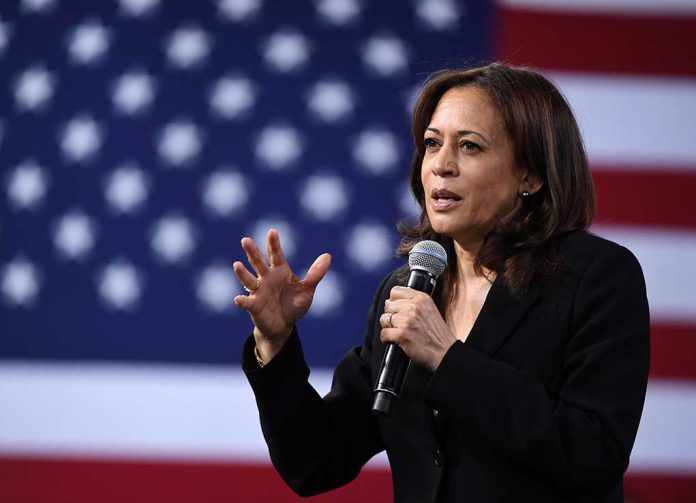 (LibertySons.org) – Before he became president, Joe Biden had people questioning whether he would make it a full term. With the events in Afghanistan, talks about his ability to lead the country have become more negative. Regardless, removing Biden from office would lead to Vice President Kamala Harris moving into the Oval Office, and for many Americans, that is a terrifying future.

In her current position, Harris hasn’t had many successes. Her handling of the crisis at the border has been dismal. She’s also been staying quiet on the Afghanistan situation, except for the time she laughed at reporters as they tried to ask her questions.

Currently, her focus was on helping California Governor Gavin Newsom win the recall election. Still, at least she left the campaign to go back to Washington due to the disastrous situation in the White House. Some people wonder if this is a sign Harris is about to take over the presidency.

Even more alarming, they wonder if she can hold the office and if the US is ready for her type of leadership.

'President Harris'? She's Not Ready, and Neither Are We
https://t.co/qVRHhRzSw6

Some voters feel the country is in a horrible state, suffering the effects of a president lacking the mental stamina necessary for the job. At the same time, they fear a Harris presidency even more.

The vice president’s career up to this point doesn’t offer any proof she’s capable of holding the top office in the country. She’s yet to have a single success in her current position and holds a negative approval rating.

The prospects for unhappy Americans aren’t great: They can support removing Biden from office and accept Kamala as the new president, or they can try to make it work with Biden. Many people feel this is a lose-lose situation.