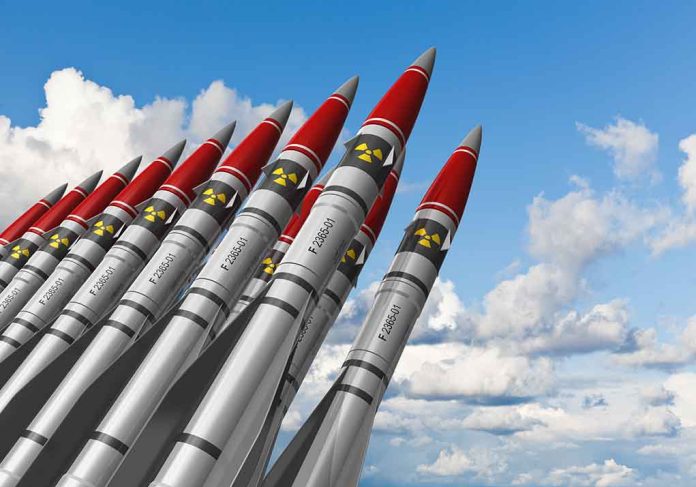 (LibertySons.org) – On October 27, the Department of Defense released its National Defense Strategy (NDS) for 2022. It outlines the United States’ plan for the military, including the primary focus and identified threats. Secretary of Defense Llyod Austin spoke with reporters about the decisions, including why the Biden administration intends to cut a Trump-era nuclear missile program and give more attention to China than Russia.

The plan revealed the Pentagon is getting rid of the B83-1 gravity bomb and the nuclear-armed Sea-Launched Cruise Missile (SLCM-N) program. Fox News host Jennifer Griffin questioned Austin about the move to “eliminate nuclear capabilities” despite consistent threats from Russia. The secretary explained the retirement of these weapons is insignificant because the US military already has a robust nuclear arsenal.

The NDS also focused on China as a long-term “pacing” challenger over Russia. The government only sees Moscow as an “acute threat,” although a serious one. The secretary stressed the goal is for the United States to build a maintain a deterrence through robust defense planning.

Chairman of the Joint Chiefs of Staff General Mark Milley previously stated getting rid of the SLCM-N program is a mistake. He believes the United States should maintain and develop multiple ways of defending itself.