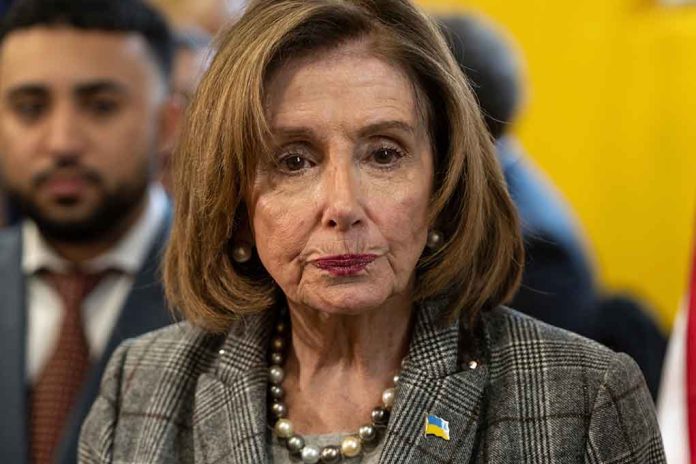 (LibertySons.org) – The October 28 attack on Paul Pelosi inside his California residence has dominated headlines since it became public knowledge. Questions have circulated around what happened due to the confusing and often peculiar details officials have released. Video of the event, captured by San Francisco police body cameras, is not yet public, and sources report the family, including Speaker of the House Nancy Pelosi (D-CA), will get to see it first.

Nancy Pelosi Will Get to View Attack Bodycam Footage While it Remains Hidden from the Public: Report via @WestJournalism https://t.co/bxQym3THPW

Police reported the suspect, David DePape, began hitting Pelosi with a hammer after authorities already arrived on the scene. The assumption is the body cam footage will show the attack, but nobody knows yet due to its secrecy.

There are many mysterious elements to the story, including that Mr. Pelosi was only able to seek help after the break-in because the suspect let him go to the bathroom, where his cell phone was charging. The speaker’s husband called 911 and gave an odd account of a person in his home named David, whom he didn’t know but said was a friend.

People have questioned how DePape managed to get into a residence that should have had adequate security. Some noted how police were in the home when the attack occurred, yet didn’t prevent it.

why won't the police release the Bodycam footage? how does a stranger get into a ft.knox level mansion without triggering an alarm? who at this level of gov't does not have 24/7 security? why was the glass broken out ward not inward?

Some observers have suggested the story released to the public is not the whole truth. Theories have swirled that Pelosi may have known his attacker, but San Francisco Police Chief William Scott said there is “no evidence” the events didn’t unfold as reported.