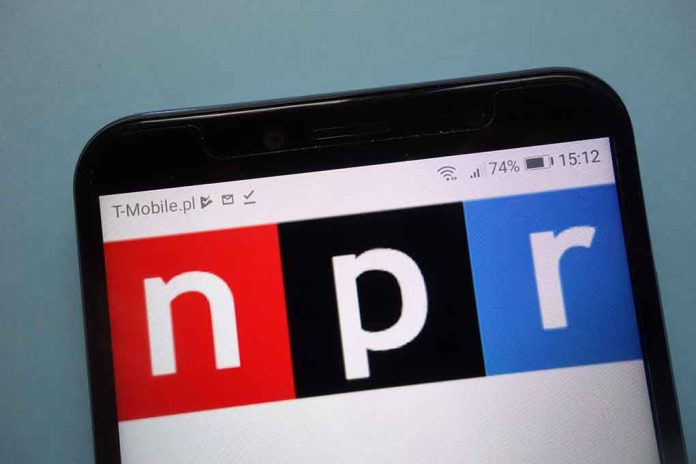 NPR Just Replaced the Word “Woman” – Uses This Term Instead…

(LibertySons.org) – A segment of the population believes it is discriminatory to make any reference to females that excludes transgender women. NPR execs are the latest to make this step, and many people aren’t ok with the change. In a tweet on June 13, the news outlet referred to women as “people who menstruate.”

Tampons, a necessity for many, are becoming harder and harder to find.

People who menstruate are saying it's hard to find tampons on store shelves across the U.S. right now, as supply chain upsets reach the feminine care aisle.https://t.co/p5mAPlSwPM

NPR was reporting on the shortage of feminine hygiene products when it said, “people who menstruate” are having a hard finding tampons on store shelves. The story explained that factories are having issues with staffing, the supply chain, and rising costs, leading to a shortage of certain products. In fact, many retailers are receiving only limited supplies to put on shelves. Tampax manufacturer Procter & Gamble assured NPR the deficit is a temporary problem.

Critics began mocking the tweet. Some remarked how only biological women can menstruate and accused the outlet of trying to erase women. Others said the tweet reduced women to mere bodily functions. A response that garnered a lot of attention asked where men would put a tampon. Another commenter called NPR “anti-woman.”

NPR calls women "people who menstruate." These people are stupid and SO anti-woman. https://t.co/uw8b3sydXP

In a second tweet about the same story, NPR decided to drop the politically correct language and used the term “women.” Of course, commenters pointed that out as well.

What do you think about the media outlet’s wishy-washy stance on using the word woman?