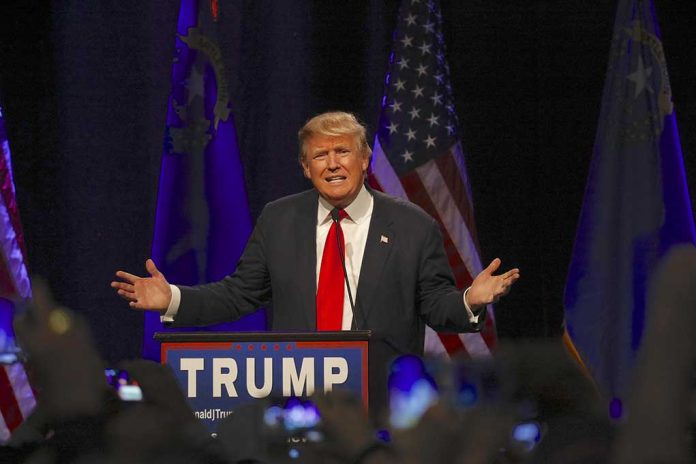 (LibertySons.org) – On February 22, Russian troops moved into parts of Ukraine after Vladimir Putin declared the regions independent. The action quickly spurned sanctions from various world leaders including President Joe Biden. However, one former US leader thinks he could have stopped the whole situation.

In a February 22 statement, former President Donald Trump said Biden mishandled Russia. He noted that the current situation should never have occurred and explained that if he were still president, it wouldn’t have gone this far because he would have handled it properly.

Trump said he understands President Putin well and knows he would have never taken these steps during the Trump administration. The former president remarked that Joe Biden has allowed Putin to become rich, and the weak sanctions he levied are not enough to deter the Kremlin.

In fact, Trump said rising oil prices under Biden’s leadership is handing money over to Russia, giving Putin “what he always wanted.” He blames the president’s oil and gas orders for ruining America’s energy independence, which would have kept prices low and stopped Russia from lining its pockets with cash.

He ended his statement by declaring that the United States is in a mess. Is he wrong?

Send us an email and let us know what you think.