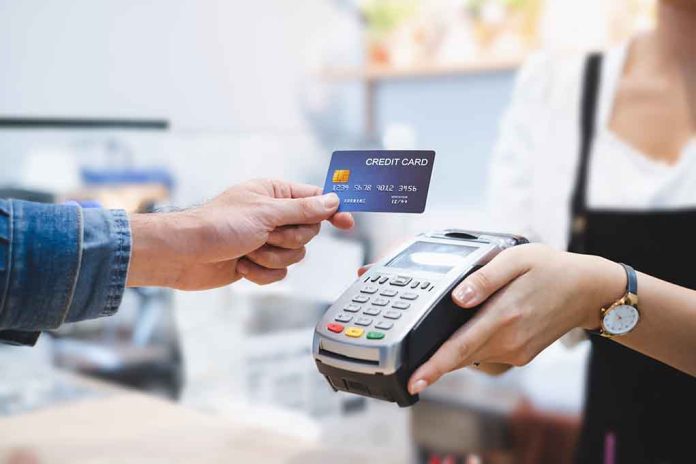 This New Credit Card Won’t Be Controlled by Woke Banks

(LibertySons.org) – A new credit card company is giving customers a voice as to where it makes charitable donations. According to The Washington Free Beacon, Coign will allow cardholders to vote on the philanthropic recipients of merchant fees. Founder Rob Collins told the publication the company feels too many other businesses are using their customers’ money to donate to Left-leaning causes without giving them a choice in the matter.

According to The Washington Free Beacon, many credit card companies have gone woke, donating to causes like Black Lives Matter, the Clinton Foundation, and Chinese universities. They made those donation decisions internally without asking for input from customers.

Fox News explained the Coign card is a Visa with a 1% cashback benefit. It also has no annual fee and provides credit protection. The company will donate a portion of all merchant fees to causes chosen by cardholders. Customers can start voting on the charities soon, as Collins’ business promises to open the process within 60 days of the launch.