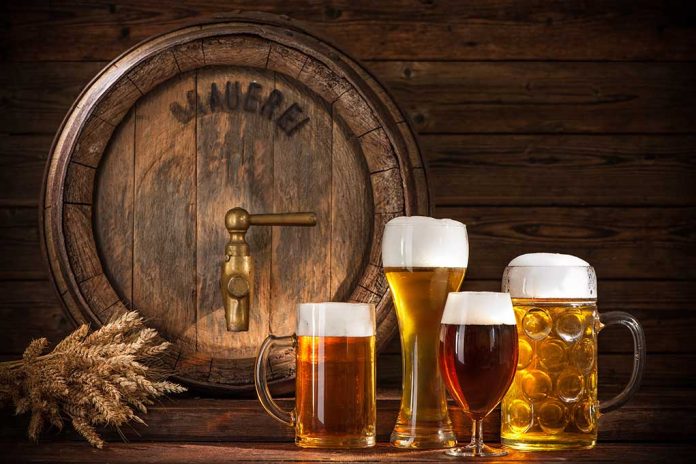 (LibertySons.org) – Alcohol is potent by nature, but the extent varies. One can of beer usually isn’t too strong. However, Boston brewer Samuel Adams is trying to change the rules.

The company releases a special beer, called Utopias, every two years in limited quantities. The 12th version is to be released on October 11, will cost $240 per 25.4-ounce bottle.

Not only is this beer hard to find because of the small amount the company brews, but it also has an alcohol content so high it isn’t legal to sell in 15 states.

Utopias has 28% alcohol by volume, too much for West Virginia, Vermont, Utah, South Carolina, Oregon, Oklahoma, New Hampshire, North Carolina, Montana, Mississippi, Missouri, Idaho, Georgia, Arkansas, and Alabama. Consumers in those states will need to travel somewhere else to taste the unique brew. The issue shouldn’t come as a surprise to fans of Samuel Adams’ unique beers; the company’s 2019 version was also illegal in these states.

Interested parties may like to know that this version of Utopias has a rich cherry note with a sweet and tart flavor. The brew spent decades aging in wooden bourbon casks and oak wine casks, which help to add hints of caramel and honeyed apricot. Samuel Adams recommends savoring the beer and taking time to respect and admire its flavor and aroma.