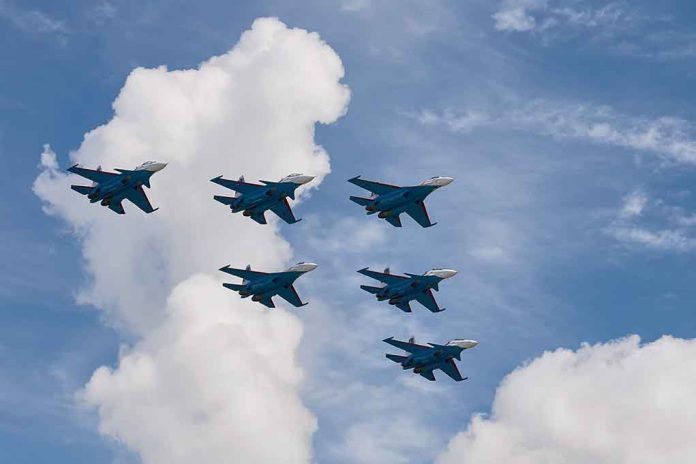 (LibertySons.org) – An update from the British Ministry of Defense’s intelligence released on June 20 noted the Russian Air Force failed miserably in Ukraine. The agency reported this underperformance is likely a driving factor as to why the Russians have had limited success in its campaign, and a lack of proper training was to blame.

The Ministry noted that training exercises usually focus on impressing officials rather than developing effective strategies. It explained the country has quality equipment but not the ability to carry out an air attack like those in the West.

Furthermore, the agency said the lack of air support throughout the conflict means ground forces had to pick up the slack. In a previous report from June 19, the Ministry said morale among the Kremlin’s soldiers was low, and there were reports of troops refusing orders.

Find out more about the UK government's response: https://t.co/79ub72nmeH

Despite the situation within the Russian military, Ukraine is having a difficult time in Luhansk as the local governor recently announced Russia captured the village of Toshkivka. The move is part of the Kremlin’s goal to take over the eastern part of the Donbas region.

Will Russian ground troops be able to hold out and could its air force step in to help going forward? Or could Ukraine have some more decisive victories, further derailing Putin’s plans?