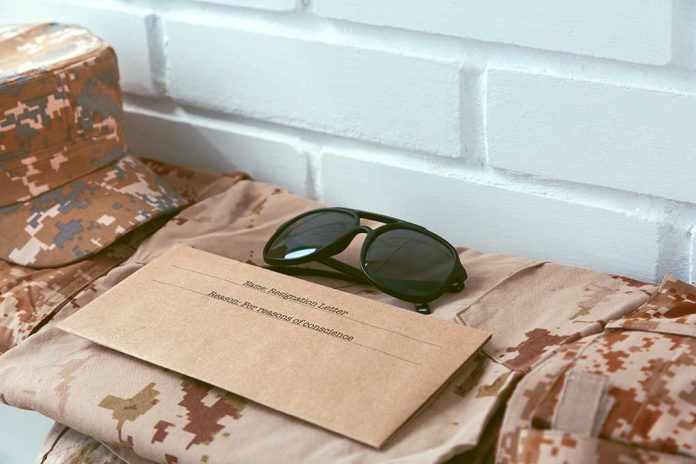 (LibertySons.org) – After the recent testimony of military leaders in Congress, there have been questions about why these people are still in positions of power. In the past, when leaders failed, they often resigned, which didn’t happen with the crisis that occurred in Afghanistan.

A piece in The Federalist took an interesting angle on the current state of the top military leaders in the US and their failures concerning the Afghanistan withdrawal. The author compared the situation to the Mogadishu military tragedy.

The Battle of Mogadishu occurred in early October 1993 and left 19 service members dead. In the wake of the incident, Major General William Garrison took full responsibility for what happened. The special operations task force commander didn’t hold back in admitting his part of the fiasco, voluntarily admitting his wrongdoing. He even said nobody should blame the defense secretary, who later resigned under pressure, or President Bill Clinton.

The stand-up nature of the general is something we haven’t seen from the generals in charge of events in Afghanistan. When 13 armed forces members lost their lives in Kabul, nobody stepped up to take the blame, and finger-pointing began. Secretary of Defense Llyod Austin isn’t facing any calls for his resignation. The generals aren’t stepping up to admit any fault.

It seems military leaders accepting their own failures has become a relic of the past. Since the War on Terror began, few people have exhibited the strength and conviction of General Garrison or lost their job due to bad results.