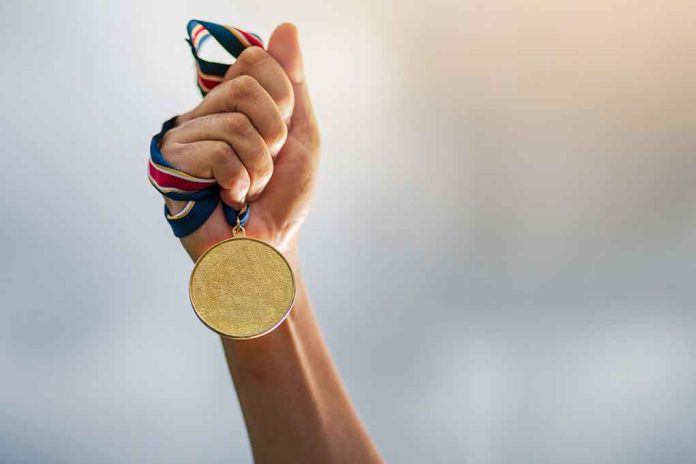 (LibertySons.org) – The controversy surrounding transgender swimmer Lia Thomas seems to be just starting. Erica Denhoff, a photojournalist, accused NBC of altering images she took of Thomas to soften the athlete’s features. Presumably, the move was an attempt to make the University of Pennsylvania swimmer look more feminine.

Denhoff said the photos used during the Today Show on NBC had photoshopping or other alterations to change how Thomas looked. She presented them during coverage of the athlete’s wins in the recent NCAA Women’s Swimming Championship 500-yard freestyle on March 17.

Thomas’ participation in the events came with much criticism. The swimmer previously competed on the men’s team and, once switching to the women’s team, was able to win the events easily. People condemned allowing Thomas to participate because the NCAA champion’s masculine body gave the competitor an edge over biological female swimmers.

Denhoff noted that she takes pride in capturing real images, and the obvious alterations by NBC disappointed her. She said the airbrushing was apparent when she compared the original photo to the one the news outlet used. The photojournalist said she does not approve of the network altering her images.

NBC didn’t respond to requests from the Washington Examiner to comment on the accusations.