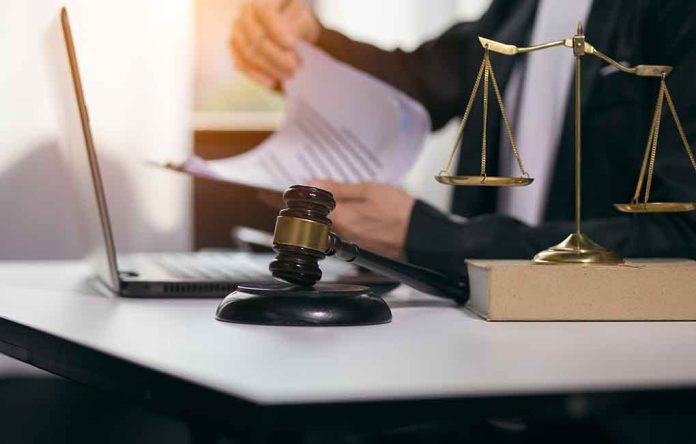 (LibertySons.org) – A jury found Ghislaine Maxwell, an associate of the late sexual offender Jeffrey Epstein, guilty of sex trafficking and conspiracy on December 29, 2021. According to the Associated Press, US District Judge Alison J. Nathan set Maxwell’s sentencing for June 28. However, WPBF News 25 reported the judge altered Maxwell’s charges on April 29, which reduced her potential maximum sentence.

Federal judge reduces #GhislaineMaxwell's max sentence by 10 years. He agreed with the defense that three of the five guilty charges were similar and repetitive — claiming conspiracy — and reduced it to only one count. #jeffreyepstein #stopthemadnesshttps://t.co/nKHX10hQ0S

Maxwell’s defense team argued a lack of evidence in her case and requested the judge overturn her conviction. But Judge Nathan didn’t side with them on those claims. They also said that the three counts of conspiracy should only be one count. The judge did agree with that argument.

The judge decided count one, which was conspiracy to lure minors across state lines with the intent of sexual activity; count three, conspiracy to transport minors across state lines with intent to engage in sexual activity; and count six, sex trafficking of a minor, were the same thing. She said they all were violations of the same statutes, which made them repetitive, and therefore, they should become one count.

The move wiped 10 years off the maximum sentence Maxwell could receive in June. She now faces a potential of 55 years in prison.