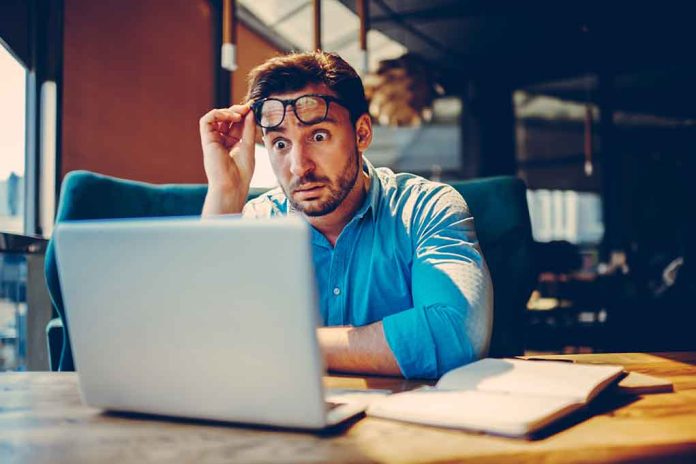 Man Vanishes After This “Mistake” at His Job…

(LibertySons.org) – Most people don’t feel like they get paid enough for performing their jobs, so any little extra in a paycheck feels like a wonderful gift. For one anonymous worker in Chile, a surprise payment equaling about 330 times his regular wages ended up direct-deposited into his bank account.

The Consorcio Industrial de Alimentos worker usually made about $555, but the mistake netted him $183,593. He attempted to make things right but must have changed his mind because he’s now on the run — with the money.

After noticing the large deposit, the worker went to his company to reveal the overpayment. The Human Resources department discovered it made a mistake, so they asked the man to go to his bank and request a return of the erroneous amount. He told them he would take care of it the next day.

Instead of returning the funds, the man emptied his bank account and fled. The company tried contacting him for three days before receiving a message saying the employee resigned. The Chilean business filed a complaint against him for taking the money, but officials have yet to locate the man.

Some people may not fault him for taking the cash and running, but others might point out that the funds weren’t really his to take. What would you do in this situation? Would you run away or give the money back?