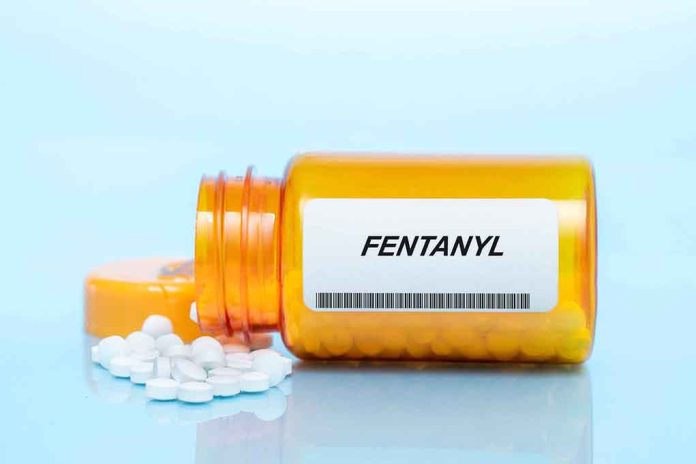 Life in Prison – He Was The Common Link!

(LibertySons.org) – While the COVID-19 pandemic may have dominated headlines for the past couple of years, Americans would be remiss to forget about another issue plaguing the nation. The opioid epidemic hasn’t taken any time off, and the drug is devastating as many people as ever. Fortunately, the law continues to have a heavy hand when it comes to the criminals who keep it going. A man who sold fentanyl that resulted in the deaths of 11 people just received a life sentence for his crime.

Aaron Broussard was sentenced to life in prison for 11 deaths that were tied to controlled substances he sold. Those who died thought they were taking Adderall, but they actually ingested fentanyl. https://t.co/gWeOzMhVyK

Aaron Broussard sold drugs, bought through Chinese retailers, from 2014 to 2016 on PlantFoodUSA.net to customers across the United States. Instead of receiving the drug he ordered from the company, he reportedly received “pure fentanyl.” However, Broussard didn’t send the substance back — he sold it to unsuspecting consumers over and over again. The recipients thought they were buying an Adderall-like substance.

The dealer’s negligence cost almost a dozen people their lives and hurt at least four others. Even after hearing about the effects of his products, he continued his business, asking his Chinese supplier for a discount on his next order to rectify the mix-up.

US District Judge Susan Richard Nelson convicted Broussard of 17 counts associated with the distribution of the drugs and the resulting deaths and injuries on March 31. She handed down the life sentence on September 12, noting his “disregard” for life as a basis for her decision.