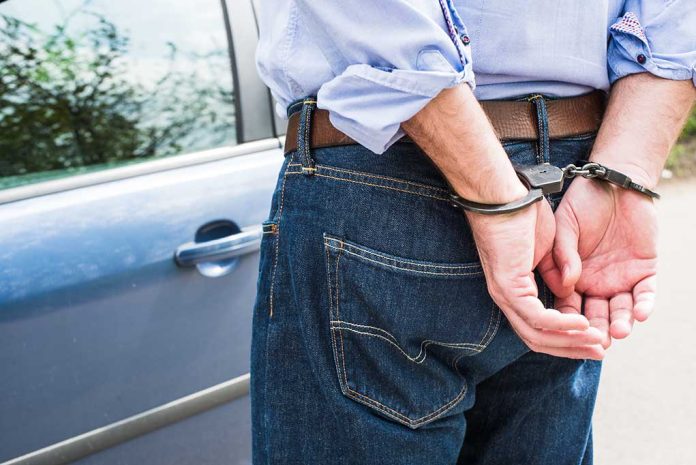 (LibertySons.org) – Censorship is a serious issue in the United Kingdom, where residents don’t have the same rights US citizens enjoy under the First Amendment. When former police officer James Watts posted memes about George Floyd in an online group, he never suspected another member might take offense and begin tweeting screenshots of the content. The move led to a law enforcement investigation, and Watts ended up convicted for sending grossly offensive messages.

A UK man was jailed for 20 weeks for the ‘crime’ of posting offensive George Floyd memes in private WhatsApp and Facebook group chats.https://t.co/DTT0Pc7nnE

Watts shared the memes in a private WhatsApp chat group. Officers found the content on his phone after his arrest. Watts cooperated with the investigation, but Chief Magistrate Tan Ikram took a hard stance, sentencing Watts to 20 weeks in jail and ordering the former policeman to pay for court costs, compensation, and a victim surcharge.

Judge Ikram said Watts should have had diversity training in his job as a police officer and should have realized the meme content was unacceptable. Ikram also wanted to make an example with the sentencing to show that committing such crimes would result in jail time. He called the posts hostile and said there was no denying the racial motivation behind the crime.

Arrests and convictions for offensive online content are fairly common in the UK. The definition of “hate crime” is broad there, making it easy for anyone to face charges. Because British rights don’t include freedom of speech protections, personal expression isn’t a valid defense in that country.