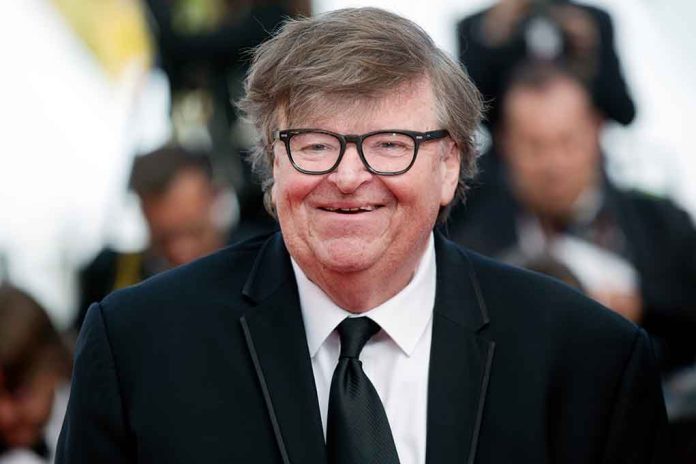 (LibertySons.org) – “Bowling for Columbine” was a groundbreaking look at a school shooting. Filmmaker Michael Moore is now responding to the latest incident in Uvalde, Texas, with a harsh stance. The one-time member of the National Rifle Association is abandoning his support for the Second Amendment and recommending total gun control.

The "Bowling for Columbine" filmmaker challenged TV networks to take up the cause after the Texas school shooting. https://t.co/KKsfqETuNz

Moore appeared on MSNBC Prime on May 24 and asked the question, “who will say… it’s time to repeal the Second Amendment?” Host Chris Hayes responded that is not something people can say, but Moore asked, “Why not?”

The filmmaker then explained he supports all types of gun control, noting he doesn’t just mean “reasonable” legislation. He called for the “hardcore stuff” because it is the only way to protect the children.

Moore went on to say the United States was born out of violence, and Americans are violent people. He said guns made the country what it is.

He also explained he feels the Founding Fathers would have never written the Second Amendment if they knew what would happen in the future. Moore noted the bullet didn’t exist when they wrote the Bill of Rights. He stated if they were here today, they would no longer support America’s gun rights.

Do you think Moore went too far by suggesting changes to America’s right to bear arms?