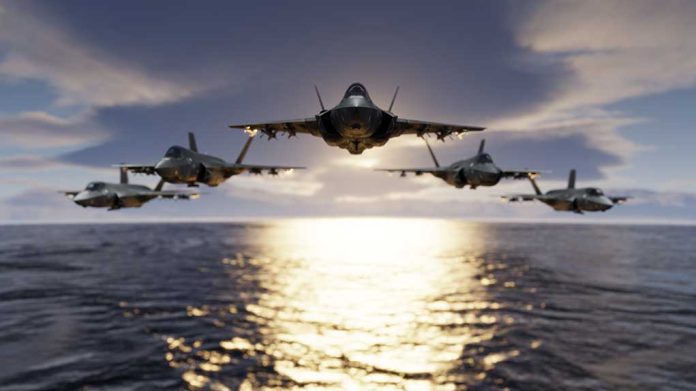 (LibertySons.org) – On the March 16 airing of Ingraham Angle on Fox News, host Laura Ingraham spoke about her issues with Republican senators backing the idea of sending MiG-29 jets to Ukraine. She said sending them doesn’t make sense and pointed specifically to Senator Mitt Romney (R-UT) calling for action to aid the country.

In a press conference on March 10, Mitt Romney claimed this should be a bipartisan issue and noted the United States can’t continue just talking about it because “people are dying.” Despite his pleas, Ingraham warned that following Romney’s advice could escalate the situation and lead to more deaths. She then said if he’s so intent on sending them jets, he should pay for them himself.

Ingraham warned that sending military support to Ukraine could escalate the situation with Russia. https://t.co/9IJxrcAGW9

The TV host invited Senator Tom Cotton (R-AR) on the show, and he echoed Romney’s sentiment. Ingraham argued there was no evidence the jets would help at all.

The senator said the Ukrainians have proven they have the military power and could handle the MiGs if the US sent them. He suggested that by providing the aircraft, Ukraine could create its own no-fly zone and explained that they are familiar with this type of jet. He went on to say the US has Poland willing to supply them, but criticized the Biden administration for saying one thing and quickly changing its mind.

Ingraham questioned if providing these jets would give Ukraine false hope. She noted Russia is breathing down the necks of citizens in the capital city, but Cotton disagreed. He said Russia’s advancement is slow, and the military keeps failing to reach objectives. Ukrainian resistance is strong, and the MiGs would provide what they need right now to continue their fight.