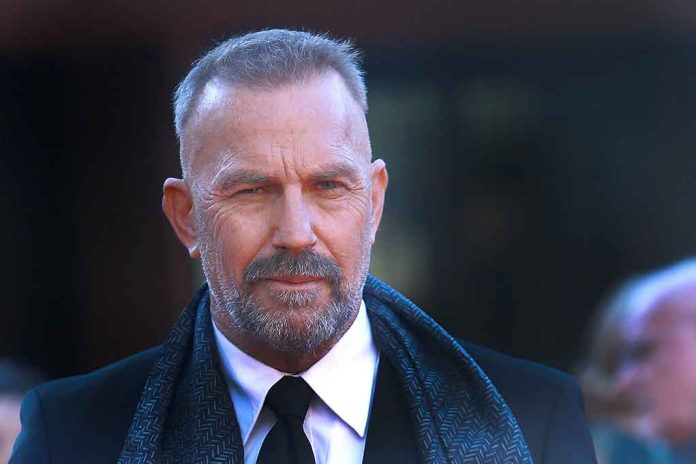 (LibertySons.org) – Hollywood actors usually have no problem airing their political opinions, which can often shake up their fanbases. But “Yellowstone” star Kevin Costner normally keeps his politics under wraps. He has become more vocal recently, though, throwing his support behind Representative Liz Cheney (R-WY) during the midterms. In an interview with USA Today, Costner proclaimed he wasn’t upset if fans walked away because he supported her.

The November 10 interview had Costner talking about the upcoming season of his hit television show, where his character, John Dutton, will become Montana’s governor. The topic soon turned to the actor’s political views.

On August 1, Cheney posted a picture of Costner wearing a t-shirt that said, “I’m for Liz Cheney.” He admitted in the interview that he knew she wouldn’t likely win. The representative was on the outs with the GOP after she supported both Trump impeachments and became a member of the Democrat-led January 6 Committee. Still, he backed the lawmaker because of her willingness to take a “brave…stance.”

The actor previously admitted in an August 2020 Daily Beast interview that he supported Secretary of Transportation Pete Buttigieg in the 2020 presidential race, stating he felt the politician had the “best vision” for the country’s future. Still, Costner revealed he doesn’t sit on either side of the political fence. He labeled himself an Independent and explained neither party completely represents his beliefs.