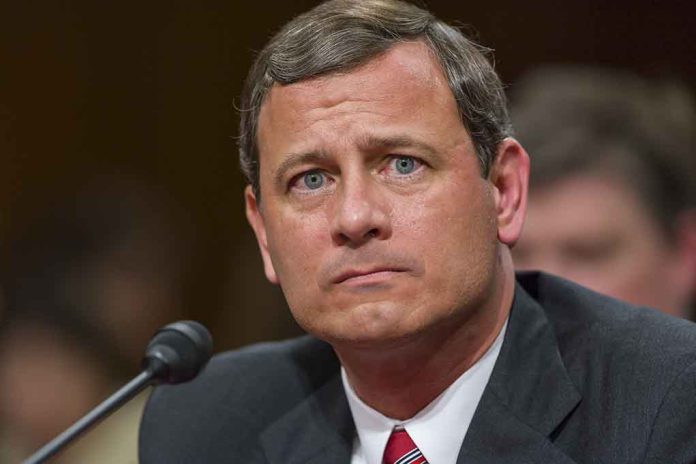 (LibertySons.org) – Chief Justice of the US Supreme Court is a highly valued role. The person holding that position should be someone of great intellect and superior ethical standing. But should that person also be good at basics, such as math? Chief Justice John Roberts learned the hard way that the answer to that question is yes.

Roberts released his Year-End Report on the Federal Judiciary with a glaring math mistake. The error makes him out as either foolish or shady depending on your point of view.

This year’s report addresses articles in the Wall Street Journal that spoke about issues with judges failing to abide by the federal recusal statute. The law says a judge cannot sit for a case involving a party in which they own stock. The publication found 131 judges in 685 instances where they should have recused themselves from 2010 to 2018.

Roberts admitted an issue with compliance to the statute but used questionable math to suggest it wasn’t a big deal. The justice said 685 instances out of the 2.5 million civil cases heard in district courts during the same period amount to less than three-hundredths of one percent, or just 0.0003. He attempted to claim that calculation proves a compliance rate of 99.97%.

The error here is that many cases didn’t involve corporations or stock issues, so judges had no reason to recuse themselves. Roberts should have only included those in which the judge did have a reason to pass due to stock ownership, which would mean the actual compliance rate is about 25 times higher than what he said.

There is no indication of whether Roberts is just terrible at math or if this was an intentional way to downplay the issue. Even so, this kind of miscalculation isn’t new. His 2006 report on salaries and why they deserved a raise leaned heavily on creative math that proved his point.