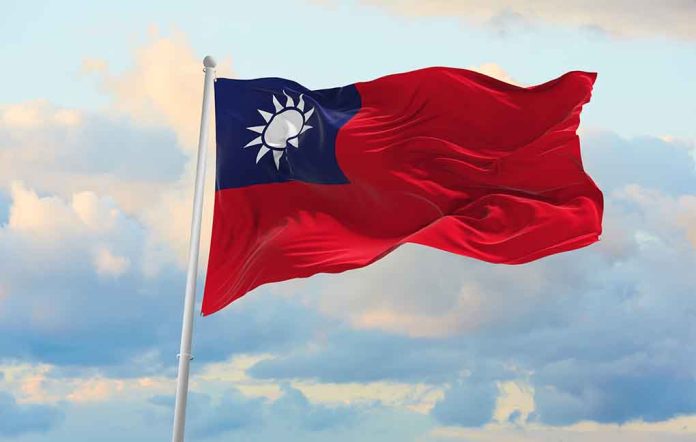 (LibertySons.org) – Congress has serious concerns over the stability in the Indo-Pacific. The situation with Russia and Ukraine may have encouraged the Chinese Communist Party (CCP) to take steps toward an aggressive move against Taiwan; the larger mainland country has expressed its desire to reunite with the island. Multiple Congress members have stepped in to assess the situation and prevent the CCP from doing anything, with Senator Josh Hawley (R-MO) leading the charge.

The senator introduced the Taiwan Weapons Exports Act on April 7. The bill would move weapons to Taiwan on an expedited schedule due to the growing threat of a Chinese invasion. Hawley said getting weapons to the nation quickly is critical for its defense.

He compared Taiwan and China to Russia and Ukraine, saying President Joe Biden waited around on the Ukraine situation and didn’t help the nation until Russia had already attacked. He explained the United States “can’t afford to make the same mistake in the Indo-Pacific.” In an interview with the Washington Free Beacon on April 13, Hawley stated the US needs to move faster.

In response to the talk of providing more help to Taiwan, CCP officials had warnings for the United States on April 13. The state-run Global Times reported CCP spokesman for the Taiwan Affairs Officer of the State Council, Ma Xiaoguang, said supporting the island would cause a disaster for its people. He explained the US providing additional arms to Taiwan is “no different from tying a bomb to every Taiwan compatriot.”

Ma called the nation’s secession a disaster and security threat for the island. He said moves to seek independence from China are selfish, and Taiwan’s Democratic Progressive Party (DPP) is exploiting the Ukraine situation for its own benefit, adding that comparisons of the problems in Europe and those between Taiwan and China are not the same.

Multiple US congress members have visited or will visit Taiwan. Axios reported they have concerns about China’s easy acceptance of Russia’s actions, fearing it shows the country’s willingness to do something similar with Taiwan.

Speaker of the House Nancy Pelosi (D-CA) had a trip planned in April but had to postpone it due to her positive COVID test. Chinese officials spoke against her visit, saying she should cancel it altogether.

The bipartisan support in Congress is overwhelming for giving Taiwan more aid in light of the situation in Ukraine. Axios reported Senator Angus King (I-ME) feels China must be second-guessing any aggression toward Taiwan after seeing the severe economic repercussions Russia now faces for its actions. He noted China has “a lot more at stake” because of the country’s position in the international market.