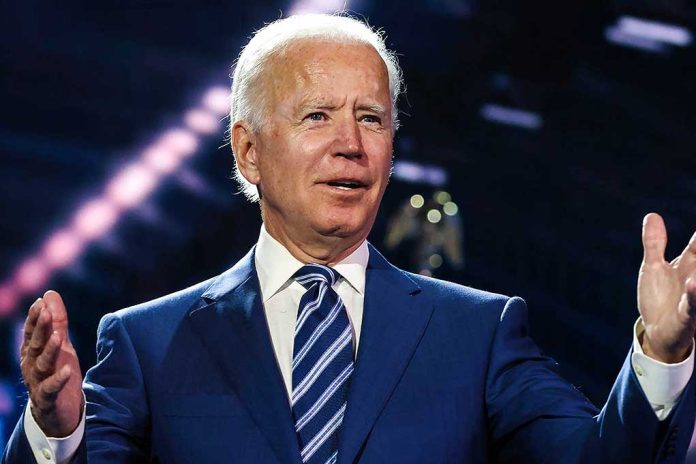 (LibertySons.org) – The federal budget is always a huge talking point for presidents. The usual goal is to curb spending and find a way to fund programs without increasing the nation’s debt more than necessary. In this way, they can brag about their achievements without having to explain how to pay for everything.

President Joe Biden wants to take a different approach. Instead of exercising restraint, he’s throwing caution to the wind and is introducing a $6 trillion budget proposal for Congress’ consideration according to a May 27 report.

The plan starts at $6 trillion, but it is set up to increase to $8.2 trillion by 2031. By 2024, Biden’s proposed budget will take the US to the highest level of federal spending since World War II.

The resulting increase in the federal deficit hasn’t ever occurred except when there were extreme economic conditions. Recently, it has lingered around the $1 trillion mark. The only other exception happened after the recent Great Recession, which obviously took a significant toll on the nation’s economy. The COVID-19 pandemic is expected to bring budget shortfalls, but that fact alone should lead to unreasonable spending proposals.

Biden’s proposed budget plan focuses on increased spending in many areas. He hopes that emphasis will make the US more competitive in global markets and elevate all American households to the middle class.

How does Biden plan to fund all of this spending? He will increase corporate taxes and taxes for high-wage earners.

What It Tells Us

Historically, budgets merely indicate a president’s priorities because the final versions of the bills go through many cuts and changes in Congress. What Biden’s budget proposal tells us is he has no desire to tame spending.

Spending extreme amounts of money can only continue for so long. Eventually, it will catch up with the government. When it does, it will have devastating effects as the federal budget will get eaten up by debt payments, leaving little to nothing for future needs. That is the legacy Biden is setting up for himself with this budget proposal.