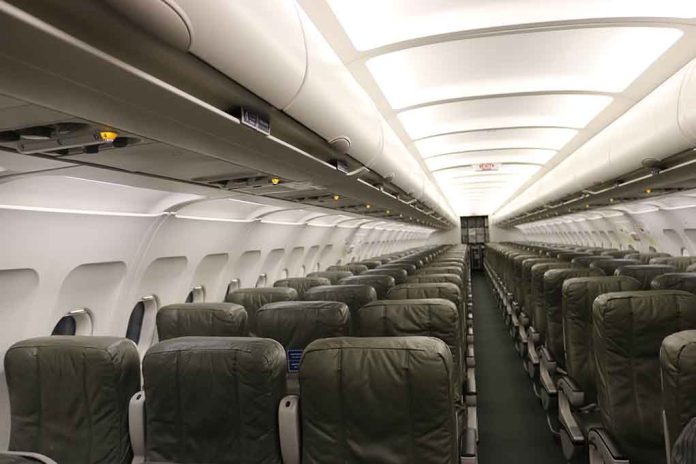 (LibertySons.org) – Reports of overnight flights carrying illegal immigrants into cities around the country continue to run rampant. The Biden administration attempts to quietly re-distribute undocumented migrants throughout major cities and towns in the middle of the night, perhaps hoping to avoid attracting attention. Yet, these “ghost flights” drew even more attention over the holidays.

A December 11-30 campaign involved flying a plane full of mostly-underage immigrants into Pennsylvania during the night on Christmas. While the exact details remain unclear, the prevailing theory suggests they came from Texas. Several flights experienced stopovers in Cincinnati along the way.

A representative from Aviation Technologies Inc, a fixed-base operator at the airport receiving the flights, spoke to The Citizen’s Voice on December 26 about the exercise. President Jim Gallagher claims that ATI received no information about the status of anyone departing the planes. He feels the operation lacked transparency, citing a complete absence of notice about the incoming flights as a core concern.

Barletta also seeks additional information about who was on the flights and why ATI received no advance notification about their arrival.

Meuser also sent a letter to US Immigration and Customs Enforcement director Tae Johnson and the secretary of Homeland Security, Alejandro Mayorkas, asking for information about the operation. He wants to know who traveled via the clandestine flight and why airport officials were left in the dark about its arrival until the last minute. He also wants President Biden to cease the practice immediately.