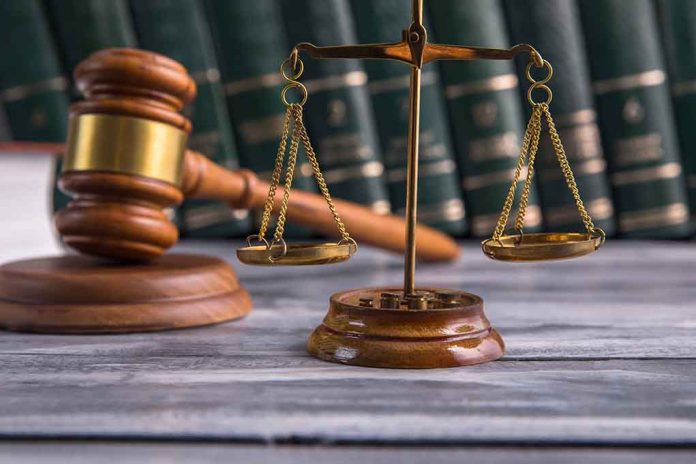 (LibertySons.org) – Crime has become a major issue in Illinois’ midterm elections. The impending enactment of the sweeping criminal justice reform bill, the Illinois Safety, Accountability, Fairness and Equity-Today (SAFE-T) Act, is at the center of the debate. Democrats largely support it, saying it will create a fairer system. Most Republicans claim it will only make matters worse.

The SAFE-T Act will go into full effect in January 2023. It passed the state’s legislature in 2021, and Governor J. B. Pritzker (D) quickly signed it into law. The 764-page bill passed the Senate an hour after its introduction. Within seven hours, it also got approval in the House. The act’s far-reaching provisions overhaul the state’s criminal justice system.

The primary point of contention is that the bill ends cash bail. Instead, it instills a new system of consideration. Judges will look at flight risks and charges to determine release. The prosecution must prove a person is a flight risk, and judges can’t consider past issues, such as previous failures to show up for court hearings.

The law also limits the use of force by police and requires officers to intervene if a peer is going too far. It reduces access to military equipment and changes body camera rules, requiring more use and criminalizing misuse.

Former Judge Daniel Locallo, former state Attorney Chief of Staff Daniel Kirk, and former state Attorney Chief of Appeals Alan Spellberg wrote an op-ed in the Chicago Sun Times, calling the SAFE-T Act a poorly devised bill pushed through the approval process without proper consideration. They insisted it changed the state’s criminal system drastically and questioned the law’s constitutionality, adding that the bill contains items that do not make sense. Not allowing judges to consider past behavior when determining flight risk and withholding punishments until 48 hours after a person breaks house arrest rules are unacceptable in their book. The men all called for a repeal.

Knox County State’s Attorney Jeremy Karlin filed a lawsuit challenging the bill, calling it unconstitutional. More than half of the state’s attorneys have filed similar lawsuits to stop the legislation.

Orland Park Mayor Keith Pekau (R) categorized the act as a stepping stone to unrest and said it is a “dangerous law.” The mayor emphasized it has the potential to escalate situations and create “anarchy.”

Proponents of the measure have a few arguments about why the act is imperative. They say it will help reduce racism, end preferential treatment based on wealth, and uphold the presumption of innocence.

Pritzker reacted to the growing criticism, encouraging lawmakers to bring up their objections when they are back in session. He said more discussion would be good, and he expects some changes to the bill when the General Assembly debates it in November.