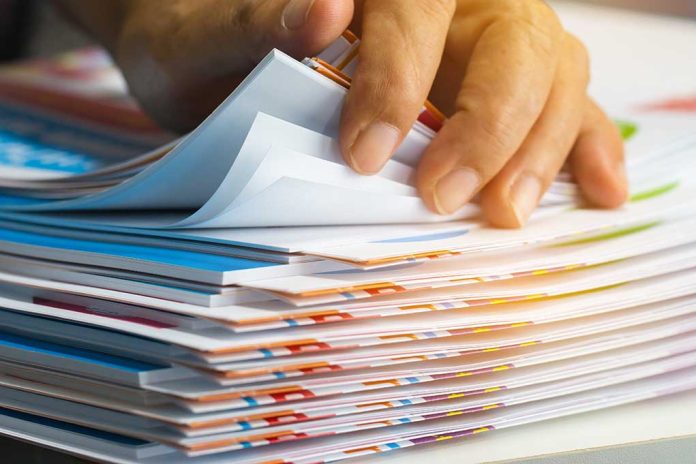 (LibertySons.org) – On November 4, the Republican members of the House Judiciary Committee released a 1000+ page report on issues within the FBI and the DOJ. They accused the agencies of corruption and said political bias directed their actions. The investigation found the bureau, in particular, could not do its job properly due to extreme partisan influence.

The report noted accounts from whistleblowers showed an organization taking unreasonable actions toward conservatives, including trying to remove employees with those political views. It revealed the FBI is allegedly reporting incorrect statistics to suit the Biden administration’s assessment of right-wing extremists. Informants also said the bureau is using its power to focus on politics instead of criminal investigations.

The GOP members also accused the federal agency of purposely pushing Big Tech companies to censor citizens. They mentioned the raid of former President Donald Trump’s property and the use of intelligence to spy on his campaign as examples of the abuse of power, noting the organization has a history of misusing its position for political purposes.

The report didn’t place the blame on agents who are just following orders, but on leaders, including Director Christopher Wray. The GOP committee members explained the issues within the agency are impacting its ability to do its job without bias, yet nobody is holding anyone accountable.

The FBI issued a statement about the report refuting GOP claims. The bureau explained it follows the law, and explained its only motivation is to maintain the safety of American citizens. The remarks ended by saying the agency would let its work speak for itself.