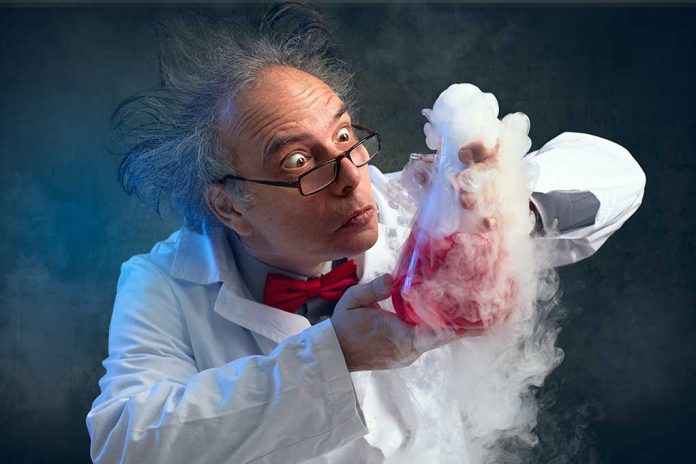 (LibertySons.org) – While in the news lately for his work as the national medical leader in the COVID-19 pandemic, Dr. Anthony Fauci also leads the National Institutes of Health (NIH). That is supposed to make him America’s top medical authority. Yet, new reports show Fauci used taxpayer money to fund questionable research studies.

The taxpayer watchdog group White Coat Waste Project revealed disturbing documentation of experiments on beagles paid for by NIH money. In what the group is now calling BeagleGate, Fauci played a role in funding projects that focused on:

As if these experiments weren’t horrifying enough, the same documentation shows that dogs cried out in pain during some tests. Worse yet, they weren’t even critical or necessary; instead, researchers had completed all tests previously to confirm results.

Not the Only Incidents

Alarmingly, the beagle experiments funded by Fauci and his team are not the only example of wasting taxpayer money on questionable research.

Judicial Watch uncovered federal funds used by the University of Pittsburgh to harvest organs from aborted fetuses. The institution was allegedly developing a tissue bank to provide scientists with easy access to materials. The same report accuses researchers of using the tissues to create “humanized mice.”

Despite Fauci’s staunch denial during a recent Senate hearing, the NIH also allegedly sent out a letter on October 20 stating it did fund research on coronaviruses at the Wuhan lab. That’s the same facility associated with the COVID-19 outbreak.

With all of this information coming out, more people than ever are questioning Dr. Fauci’s ethics. Representative Nancy Mace (R-SC) and 15 other members of Congress sent a letter to the doctor asking for answers about the beagle studies.

Yesterday, I sent a letter to Dr. Fauci regarding cruel, taxpayer-funded experiments on puppies; debarking before drugging and killing them. Thankful to my 23 democrat and republican colleagues who signed on. This is disgusting. What say you @NIH pic.twitter.com/c54SXipD9Q

Congressional members question researchers’ actions and the sheer amount of cruelty displayed throughout the experiments. They want to know more about the funding of such tests and trials, the reason behind them, the potential for non-animal testing, and perhaps most importantly, whether or not the beagle experiments were even necessary.

The letter also asks for financial details about these studies.

On October 24, Senator Rand Paul (R-KY) called for President Joe Biden to fire Dr. Fauci for actions related to coronavirus research. Paul claims the doctor lied about funding the Wuhan lab, and thus, should pay for his indiscretions with his job.

Scrutiny into Dr. Fauci is heating up. Still, what the future holds for the nation’s Chief Medical Advisor remains unclear. He’s now facing a slew of inquiries into how he used taxpayer money, especially if it funded harmful and hideous experiments.