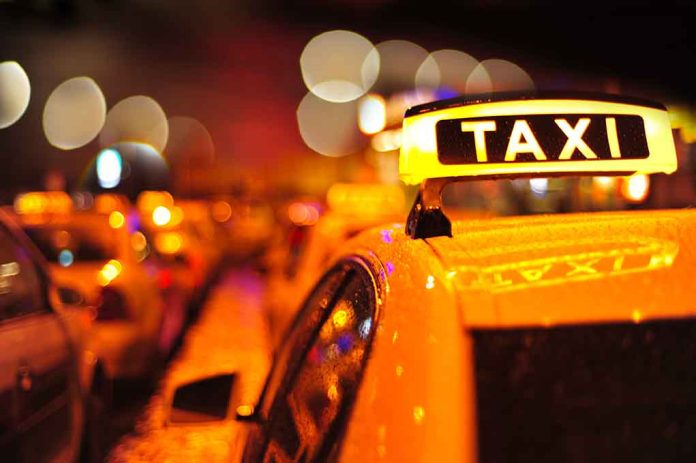 $15K Reward Issued – Someone Is Dead

(LibertySons.org) – Five young people took a taxi ride on the morning of August 13 and decided not to pay their driver. They tried to rob the cabbie, but he stuck up for himself and chased after the group when they exited the car. Instead of continuing to run away, the thugs turned on the driver and beat him. Sadly, one landed a fatal blow to the father of four’s head.

New York Police Department (NYPD) officers found 52-year-old Kutin Gyimah unconscious on the ground after the attack. He later died at the hospital. Surveillance cameras in the area revealed a group with two men and three teen girls attacking the driver and running into a nearby apartment building after knocking him to the ground.

The two male suspects turned themselves in and remain in the custody of the NYPD. The three females, ages 13, 15, and 16, remain at large. However, police say they are not likely to seek assault charges against the oldest teen. The New York State Federation of Taxi Drivers is offering a $15,000 reward for help capturing all the culprits who took part in the fatal assault on Gyimah, who leaves behind a wife and four children under the age of eight.

On August 18, NYPD Commissioner Keechant Sewell tweeted that prosecutors charged one of the suspects with manslaughter. The investigation continues, and anyone with information should contact the tip line at 800-577-TIPS.