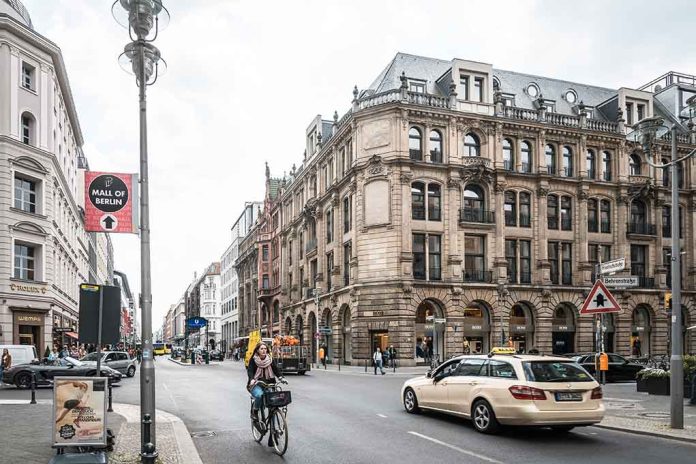 Famous Actor At Deadly ATTACK Scene – Reveals What He Saw

(LibertySons.org) – On June 8, a car drove into a crowd at a shopping plaza in Berlin, Germany. Authorities reported one death and multiple injuries. Actor John Barrowman, known for his work on “Doctor Who” and Broadway, witnessed the whole situation. Police are still investigating if the incident was intentional or an accident, but they have detained the suspect.

BREAKING: John Barrowman caught up in the crash in Berlin, and has shared updates live from the scenehttps://t.co/LJH9Z5uuye

Barrowman posted multiple videos of the scene on Twitter. His initial tweet revealed other witnesses at the event thought it was a terrorist attack.

We think we have witnessed a terrorist attack here in Berlin we’re not sure there’s a lot of people dead bodies all over the place we’ve seen a car that came down the road and ended up in a storefront covering three city blocks it’s pretty horrific. #berlin pic.twitter.com/Xp1bkZBGt0

The actor explained he saw the car hit numerous people and witnessed bodies lying around the area. He called the situation “really pretty bad.”

Barrowman noted the car appeared to swerve back and forth into the crowd as it hit innocent people. The actor added there was a heavy police presence immediately following the incident. He was inside a shop when the car first entered the area, but upon hearing noises, the actor went outside and saw the attack continue.

The location of the incident is near the site of an attack in 2016, when a man drove a hijacked truck into a Christmas market crowd. Many people died in that incident, and dozens of others suffered injuries.